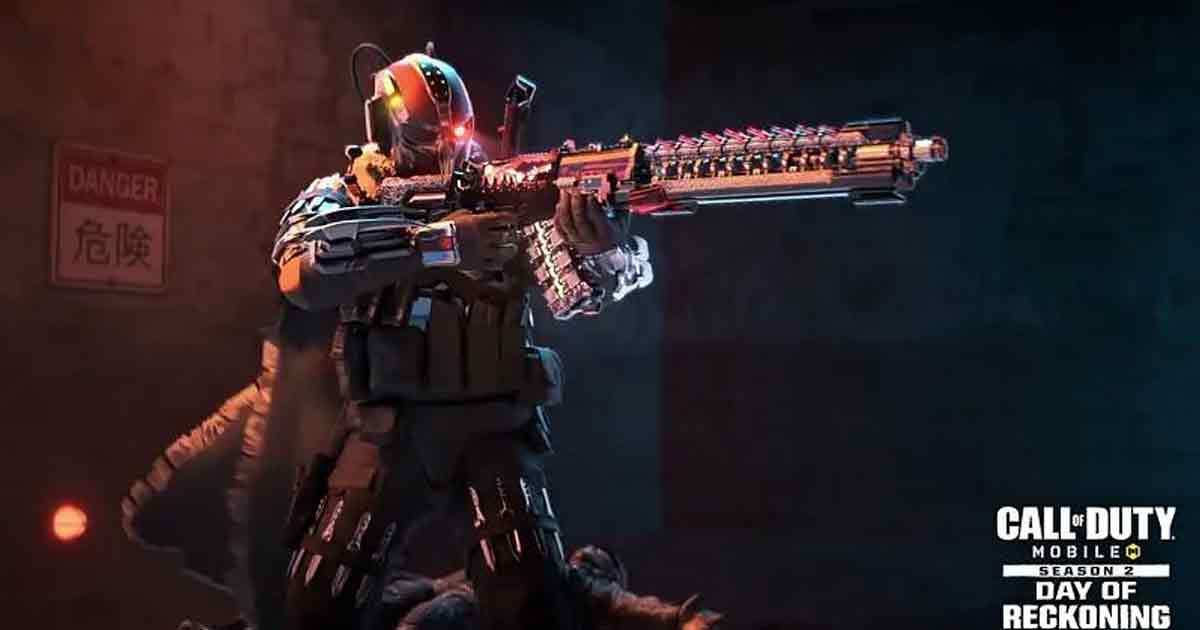 CoD Mobile has received the Double Edge Mythic Drop as part of a lucky draw in the Season 2: Day of Reckoning update

In their recent Season 2: Day of Reckoning update, CoD Mobile developers have introduced the Double Edge Mythic Weapon Drop. Available in a new Season 2 lucky draw, the weapon offers a unique combination of barrel and blades!

The new AS VAL – Double Edge is pegged as a perfect combination of old and new technology in one package. In terms of design elements, it comes with carved silver and an animated red core. These power the weapon’s projectile blades.

As of now, there is no standard weapon Blueprint. CoD Mobile developers are offering a high level of customization options for the Double Edge Mythic Drop.

Players can transform it as per requirements, to excel in a variety of combat situations. These include fast mid-range fighting out and long-distance precision firing among others.

Gamers can unlock new skins and other attachments using Mythic Upgrade Cards. This helps render a uniform appearance throughout. The look is sure to remain constant even with a changing playstyle in CoD.

There are three kill effects to choose from and earn kills. CoD Players can charge up an increasingly epic red-to-blue electricity animation. This feature is sure to intimidate the enemy.

Players can consistently upgrade the Double Edge along gameplay. This way, they stand a better chance to earn more of these skins and effects. These, along with other weapon features are up for grabs.

The AS VAL – Double Edge is the star attraction. The Lucky Draw also gets the new Templar – Royal Knight Operator. Gamers get an armor loaded with bladed weapons and an attractive red helmet.