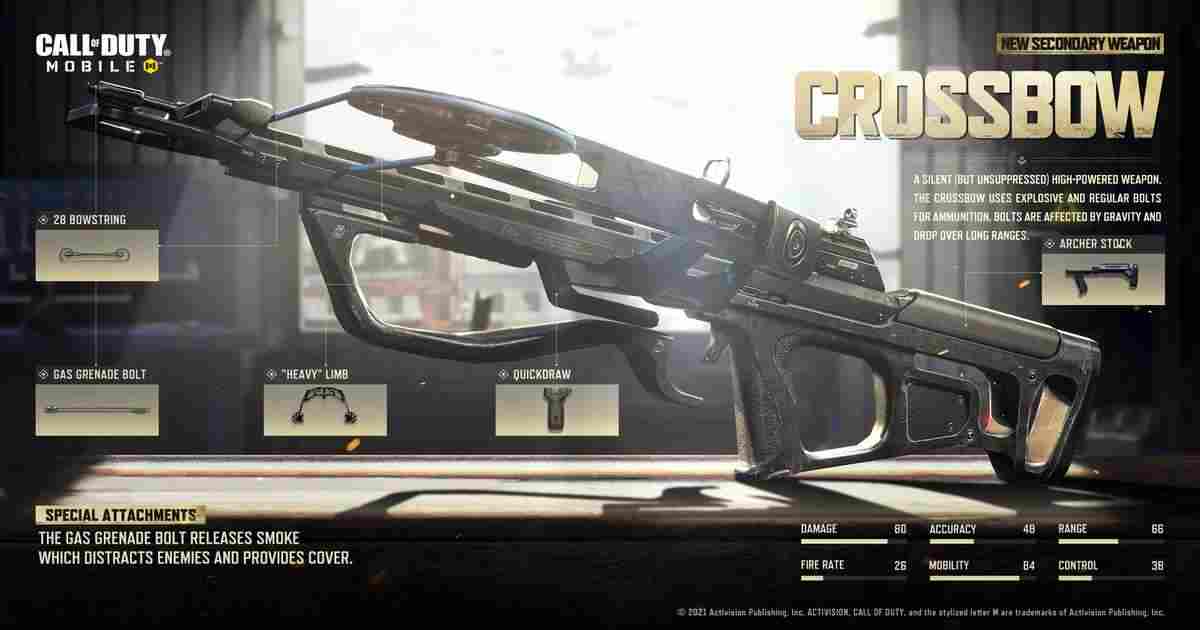 CoD Mobile Season 7 gets the Crossbow as a secondary weapon, which gamers can unlock by competing in the Target Practice Seasonal Challenge

The arrival of Season 7 has introduced two new weapon unlocks into CoD Mobile, the Hades and now the Crossbow. The Hades light machine gun has been in the game since Season 7 launched last week but the Crossbow is a new arrival.

The Crossbow didn’t start with the season, so players have to unlock it a different way to the Hades. To acquire the Crossbow, gamers will need to use the Sparrow Operator Skill, get One Shot and One Kill medals.

Also, they will need to take enemies out with shotguns and pistols, along with completing a few more tasks. For completing all of those tasks players will earn 19,000 Battle points.

Instead of going through the Battle Pass and its many tiers, players can partake in an event to earn themselves the Crossbow. Like all CoD Mobile events, there’s no monetary fee to enter.

Hence, players do not have to spend a fortune to unlock the new weapon. They will, however, have to put significant time into multiplayer.

Features of the Crossbow in CoD Mobile

The Crossbow is a unique secondary weapon due to its attachments and bolts, like Gas Grenade Bolts. It delivers high damage shots but with a slow reload speed and high reliance on the gamer’s accuracy. If he misses a shot, with the enemy charging towards him, it might be fatal.

The seasonal challenge to unlock the Crossbow is called “Target Practice.” Players can find this through the CoD Mobile main lobby screen. There are seven challenges to complete in the event, each one giving players a reward for completion. As expected, the Crossbow is the last reward on the set.