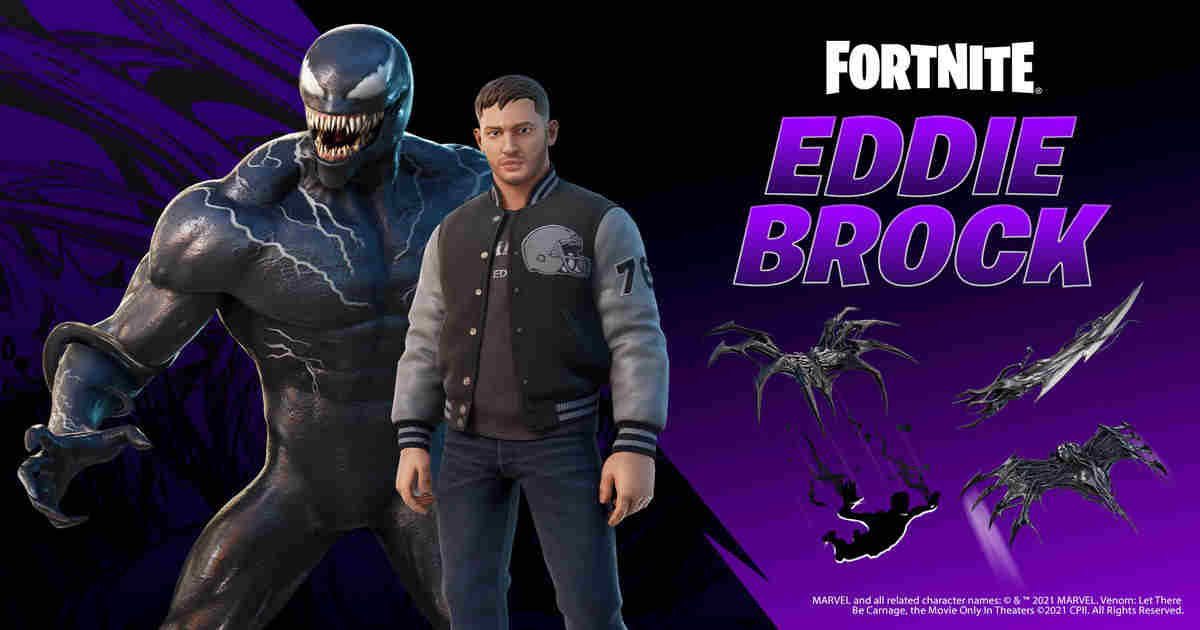 Venom and his human version, Eddie Brock, are set to arrive in the Fortnite Item Shop this Thursday night. Venom and his counterpart Carnage are both poster skins for the new season of Fortnite.

These new skins are based on the upcoming film: Venom: Let There Be Carnage, unlike the Venom Outfit. The first skin is based on Venom’s look in the film. The other is based on Tom Hardy‘s take on Eddie Brock.

Players can now unleash Venom the Symbiote to its full potential. They can also use the built-in Venom Unleashed Emote to transform into the lethal protector Venom. Gamers can start the match as Venom by selecting the Style in the Locker.

The new Eddie Brock bundle comprises of the following:

The Eddie Brock Outfit comes with the Symbiote Scythe Pickaxe. Eddie Brock, along with the included Emote and Pickaxe, is available individually or as part of the Venom Bundle. This Bundle includes new and returning Venom items, including the comic-based Venom Outfit.

The New Venom/Eddie Brock Outfit Is Out!

Separately from the Bundle, there are even more Venom items you can grab. Players will also be able to grab the Symbiote Trail Contrail. They can also arrive at the battle with the Symbiotic Sail Glider. When ready, gamers can use the Venom Unleashed Emote to switch from Venom to Eddie.