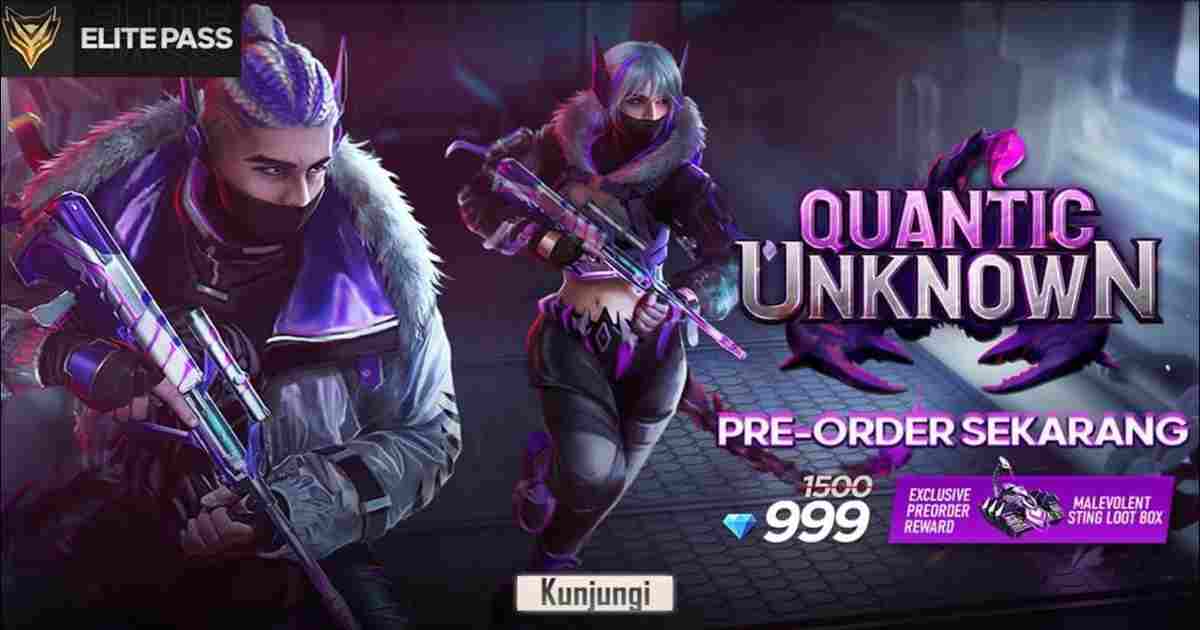 The Free Fire Quantic Unknown Elite Pass is now live and will be available entire September, with new looks and features up for grabs

Garena has introduced a new Elite Pass in Free Fire, named as Quantic Unknown. The new pass will be available throughout September and has already hit the mobile Battle Royale game.

Quantic Unknown includes new looks for gamers to acquire. On this occasion, the male bundle is known as Venomous Skorpios, while the female bundle is called Valiant Skorpina.

Both looks seem inspired from Streetwear. They emphasize on unique, edgy fashion through features such as dreadlocks, and highlight dyes.

Every element contributes to accentuate the visual perception of uniqueness and trendiness. These include the texture and cut to the hairstyles.

Triangles and metallic textures convey sharpness as well as the feeling of danger and aggressiveness. Survivors can get their pincers on Venomous Skorpios (Male) and Valiant Skorpina (Female) Bundles. They can also earn various other rewards like the following:

You May Also Like :  Valve launches Dota 2 Supporters Clubs for fans to Support Teams

The key colour combination of black and purple evokes a mysterious and dangerous scorpion vibe. Other elements also help carry the theme throughout the EP. These include the scorpion details on the waist belts, mechanical scorpion tails on the backpacks, and diamond shapes.