The Magepunk Skin Bundle will be coming to Valorant soon 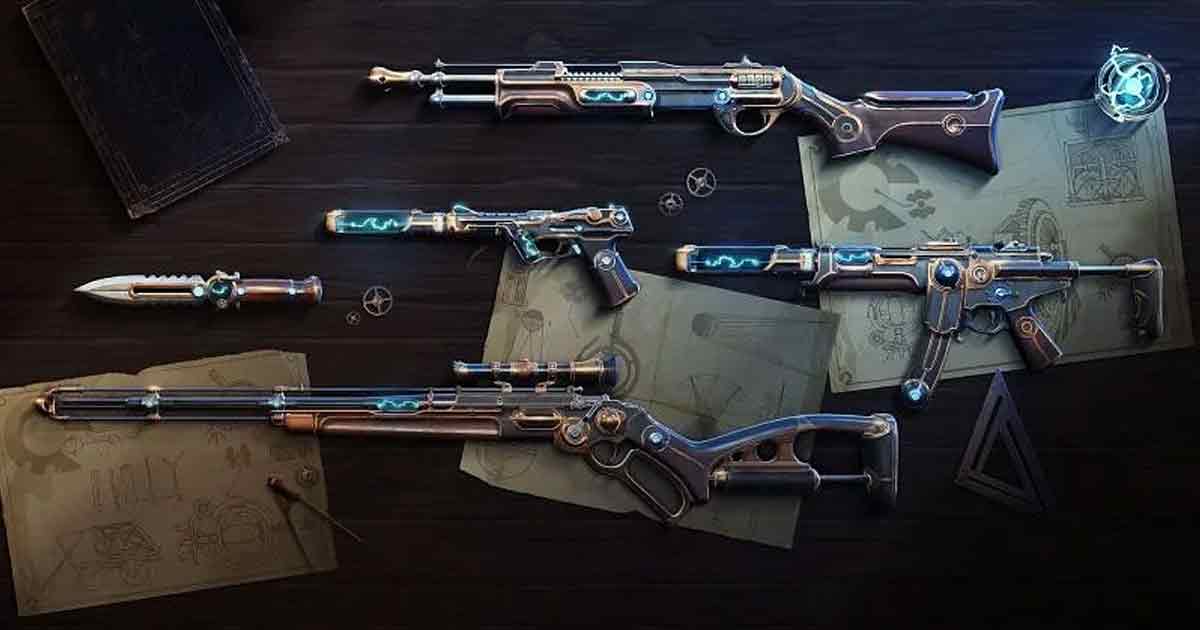 Data miners have leaked the upcoming Magepunk Valorant Skin Bundle on social media before its Valorant release. This clearly shows fans’ craze for this game. Fans have openly expressed their impatience and are curious to know what Valorant developers have in store for them.

🚨 The Magepunk bundle drops on April 1 in #VALORANT!

However, as of now, Riot Games has made no official announcement about this bundle that has been creating quite a shimmer among Valorant fans.

Magepunk Skin Bundle: What to expect

If recent leaks and rumours are to be believed, the Magepunk Skin Bundle will feature a blue metallic finish and will have different variants. Gamers can expect distinct upgrades to the weapons in the collection across all four levels in Valorant.

Weapon Skins in the bundle

Players can expect the following effects to be included in the skins on leveling them up:

The developers have not confirmed the release date of the skin bundle. However, going by trusted leaks and teasers, fans can expect this bundle to hit the game-store on April 1st.

The cost of every individual skin is expected to be around 1,775 Valorant Points (VP) as per the leaks. The cost of the entire bundle will be around 6,734 VP.

A Player Card, a Spray and 2 Gun Buddies will be included in the bundle.