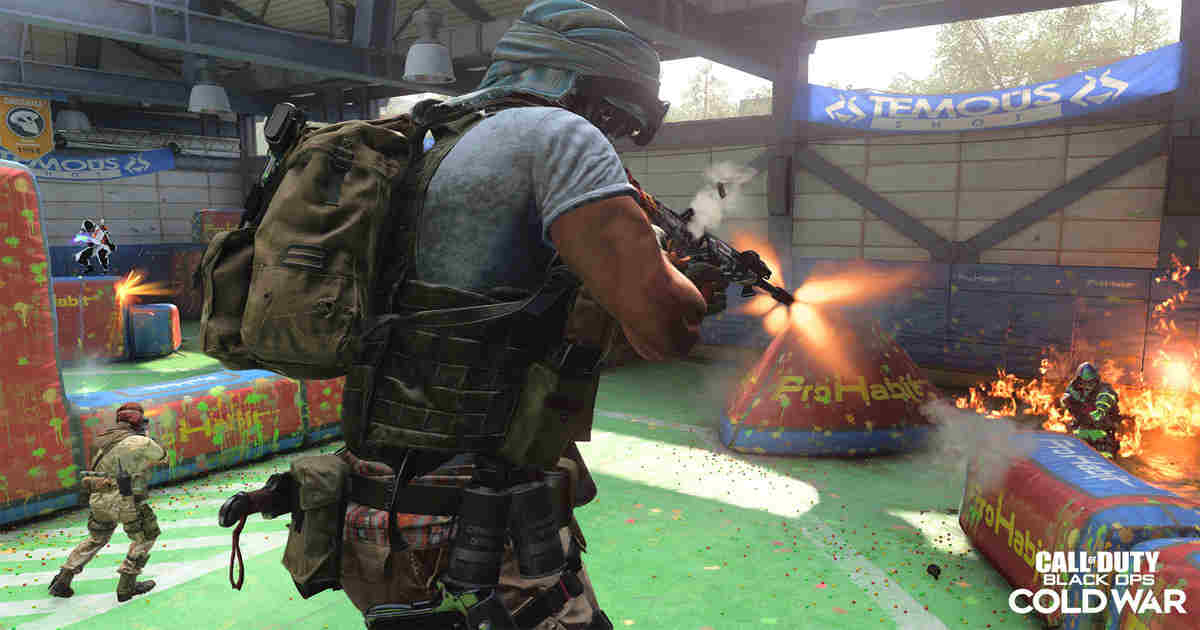 The classic paintball map is back in CoD, returning as a free 6v6 Multiplayer addition to Black Ops Cold War’s Season Four Reloaded

The classic paintball map is back to CoD Black Ops Cold War. It returns as a free 6v6 Multiplayer addition to Season Four Reloaded, even as Operators deploy to Rush.

Set in the foothills of Georgia, Rush takes place on a medium-sized paintball course featuring interior and exterior arenas. Teams begin either in the parking lot to the east or deep inside the course by Warehouse No. 5 to the west. CoD Players can either fight out in the open or move south to the gift shop and interior arena.

Outside, the wide center lane is filled with a mix of vehicles, containers, and other obstacles. These provide plenty of cover opportunities and the chance to evade and ambush enemy Operators.

Players can take either of the side ramps or climb to the top elevated path to gain access to one of two windows facing down onto the center map. Or they can book it down the elevated walkway to traverse the length of the outer course with minimal exposure.

The interior arena and gift shop force Operators into a tighter space than outside, with close-quarter battles dominating the shop and playing a key role in the arena. Featuring longer sight lines and waist-height cover, the arena sees a lot of mid-range combat, too, with even the occasional sniper taking aim from the outer edges.

You May Also Like :  Wild Rift announces New Champions arriving in April, May 2021

How to tackle Paintball Map in CoD?

Players will need to understand the map quite well before dropping into it. Running blindly toward the middle, inside or out will be futile. Gamers must learn the perimeter and discover which objects are for cover and which ones can be mantled for a height advantage over enemies.

Once well-versed with the layout, players can experiment with different weapon classes. In general, assault rifles and SMGs do very well on Rush. This is considering its primary mixture of short- to medium-range sight lines. 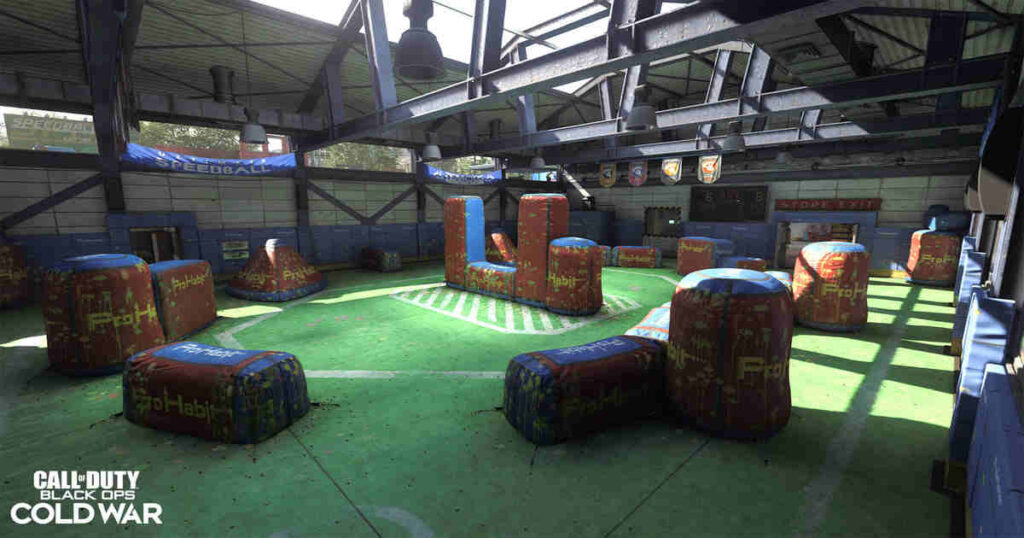 With an SMG, players must focus on rapid movement between and around the various cover points, ambushing enemies along the way. With an assault rifle, consider focusing more on the big pieces of cover, balancing offense with defense.

Long-range players like snipers can set up some nasty long shots. Players can position themselves in the TV room north of the gift shop. This gives a great view down the length of the interior arena.

Alternatively, they can press back in either of the initial spawn areas to guard against enemies moving away from the center.

The action on Rush is fast and fluid, so stationary players are likely to invite a whole lot of unwanted attention. Instead, gamers light on their feet will stand to benefit.