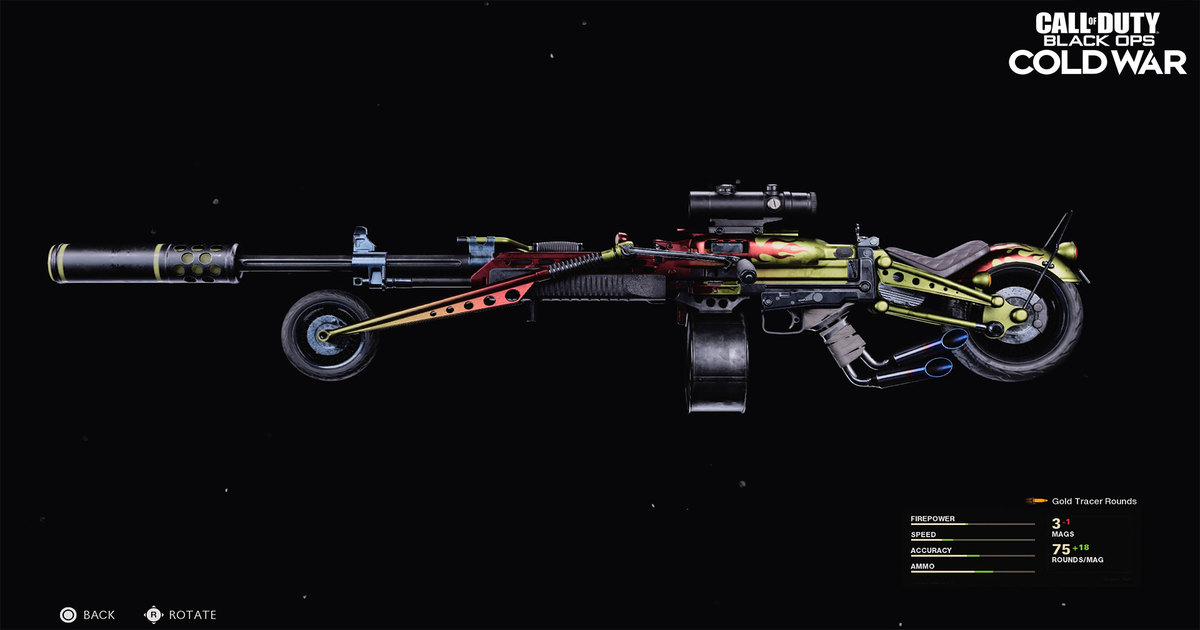 The new weapon is a fast-firing and balanced LMG. The “Road Mongrel” is a five-attachment firearm with commendable ammo capacity, owing to its massive fast magazine. Also, it comes with incredible recoil control due to its Field Agent Grip.

This weapon is built for destroying the enemy in Multiplayer with ease. If a gamer has the LMG Skill upgraded to Tier III in Zombies, he can use the spare attachment slots on a Task Force Barrel for increased damage.

He can also use a Tiger Team Spotlight for maximum Salvage drop rates. Additionally, there is any Handle they wish for flinch resistance or Aim Down Sight (ADS) speed, such as the Airborne Elastic Wrap.

You May Also Like :  The Top Green Criminal bundle is now back in Garena Free Fire

This weapon is considered one of the most effective Light Machine Guns across Black Ops Cold War and Warzone. It is capable of mid- to long-range engagements against full squads or multi-team fights.

With this weapon, there are two main camps of Loadout-building. The first is the traditional “on-meta” long-range tool. This way, it may not be as mobile but can throw out lead down range to wipe multiple squads.

The alternative way of building this weapon may grant you the element of surprise in battle: a mobile LMG build. In Solo or Duo modes, this combination can be great for strafing. Players might find it similar to using an assault rifle but with the ammo capacity and power of a mighty LMG.