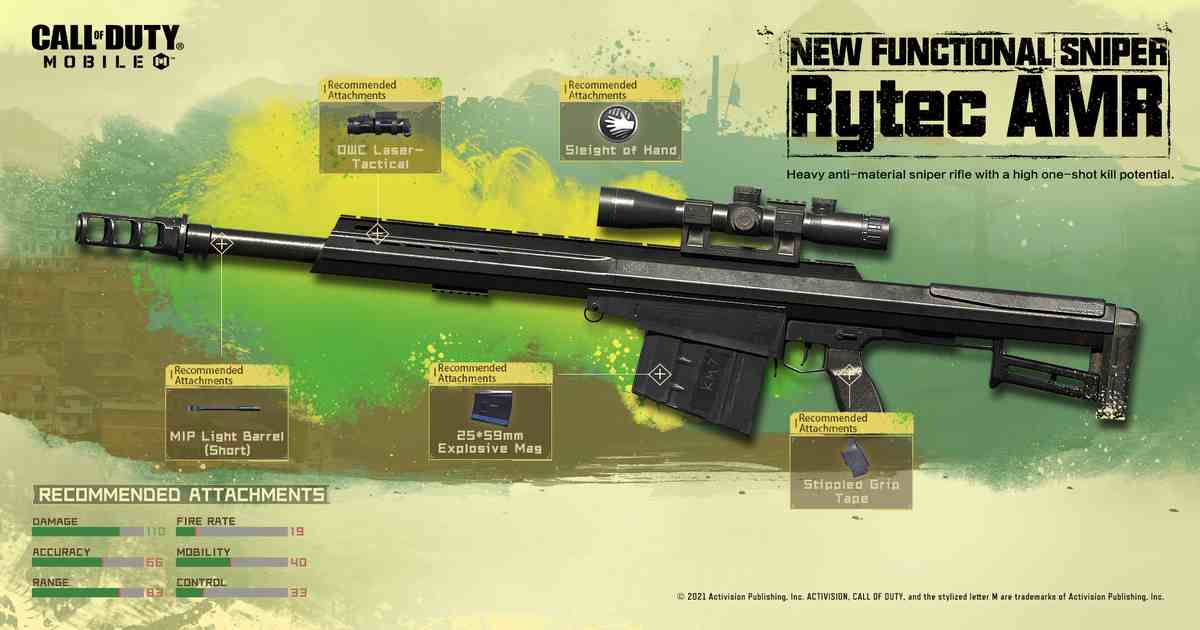 Activision has released a new sniper rifle into the Call of Duty: Mobile weapon ecosystem, functional Rytec AMR. It is a powerful but slow precision sniper that is likely to slay enemies in just one shot. Also joining the CoD Mobile arsenal is the Abyssal State Mythic Drop: Rytec AMR – Nautilus.

CoD Mobile gets the Rytec AMR

The Rytec AMR is a semi-automatic Sniper rifle with thermite and explosive rounds. These are useful for destroying vehicles in battle royale and can take out enemies with one round at close ranges.

The fire rate on the AMR is abysmal and it has a serious kick or recoil. However, the damage caused is nothing short of devastating. Gamers can add Explosive and Thermite Magazines for additional damaging effects too. Thermite adds a short damage over time to the area of a shot, while the Explosive option adds an immediate area of effect damage.

Interested gamers can grab the Rytec AMR from two places: the Sharpshooter Seasonal Challenge and the Abyssal State Mythic Drop. For someone looking for a powerful and modifiable new sniper, this is the best as of now.

You May Also Like :  League of Legends Patch 11.24 Rolling Out: Early Notes

CoD Mobile fans are aware that a new Mythic weapon joins the fray every alternate season. This time around it is the hydroelectric Rytec AMR – Nautilus.

With this new mythic, gamers can channel the power of the sea by turning enemies into steam, ice, or water. With new kill effects, they can also cover their own weapon with frost and ice when getting consecutive kills without dying.

Additional features of the Mythic Drop

This futuristic weapon fueled by hydroelectricity comes through the Abyssal State Mythic. It is accompanied by the similarly futuristic and stylish Siren – Hydrodynamic, the AK-47 – Deep Tech, and the unique Flashbang Grenade – Deep Tech. The latter comes with its own visual effects. 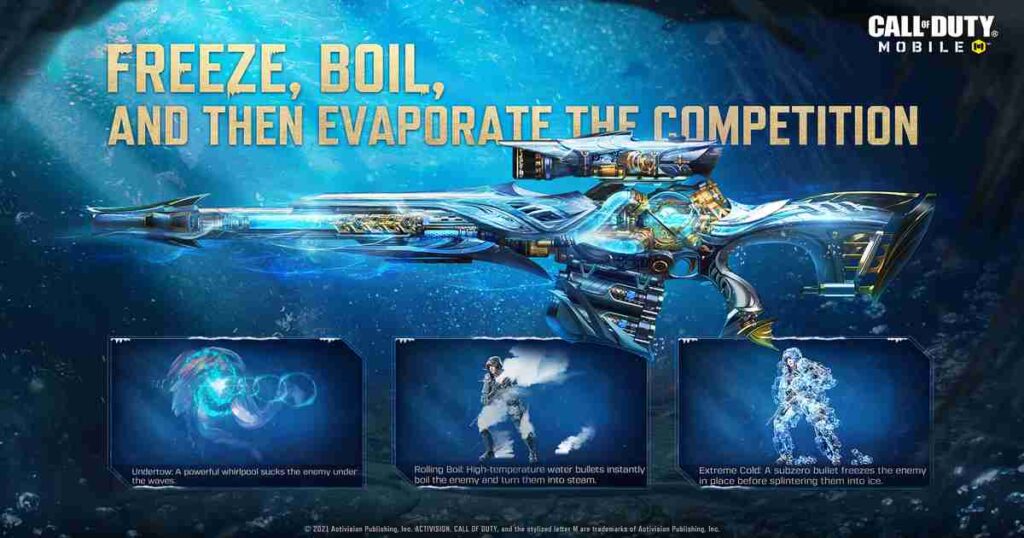 Mythic weapons come with their own upgrade path that includes a variety of unlockables. These include kill effects, charms, and customization items.

On acquiring the weapon it will have its own upgrade options, in a separate area outside the Mythic Drop. Players can progress through the upgrades using Mythic cards.