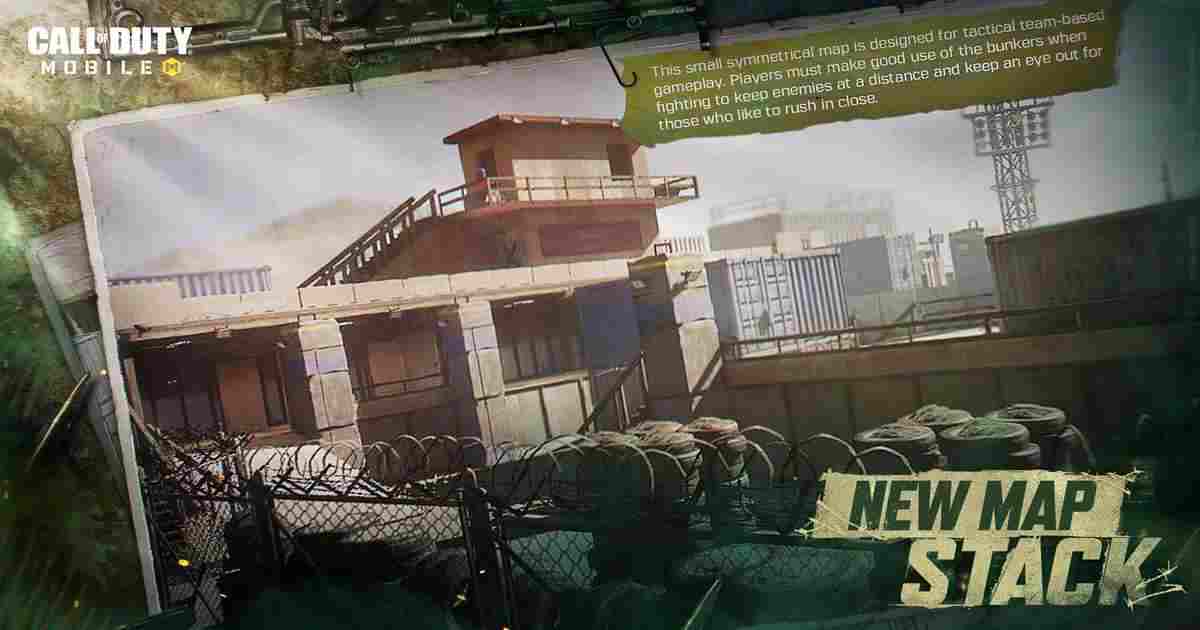 Stack is playable right now in the Stack 24/7 playlist that will last until August 12. In this playlist gamers can play either Gunfight or 1v1 MP matches. Stack will also be available later in the season in the brand-new Face Off game mode in the Face Off 24/7 playlist starting August 13.

The Stack comprises a desert training range, with both teams starting on a raised balcony, one with an overhang. Each comes with two ramps, one at either perimeter edge. Stack is a map that has upper and lower floors. This verticality gives it the variety for different combat situations during the match.

The exclusive map for Gunfight!
New Multiplayer Map – Stack, now open for the battle. Let’s walkaround in this map!

The side paths each have sand-filled buttress crates and tire stacks, and both widen slightly in the middle. The center of Stack is a raised platform, with plywood stairs one at each corner. There is also an open container where the flag spawns.

You May Also Like :  CoD Mobile Season 3 to get Seasonal Challenges, Battle Royale Class

Players with a sniper rifle can opt to stay at their spawn location and snipe at enemies that wander into their line of fire. Since the spawn point is elevated, gamers will be able to scout more areas.

CoD players can mount their weapons onto obstacles to scope out their immediate area. If an enemy appears, they can efficiently dispatch them since gamers are already hiding most of your body. Also, they have reduced recoil when firing.