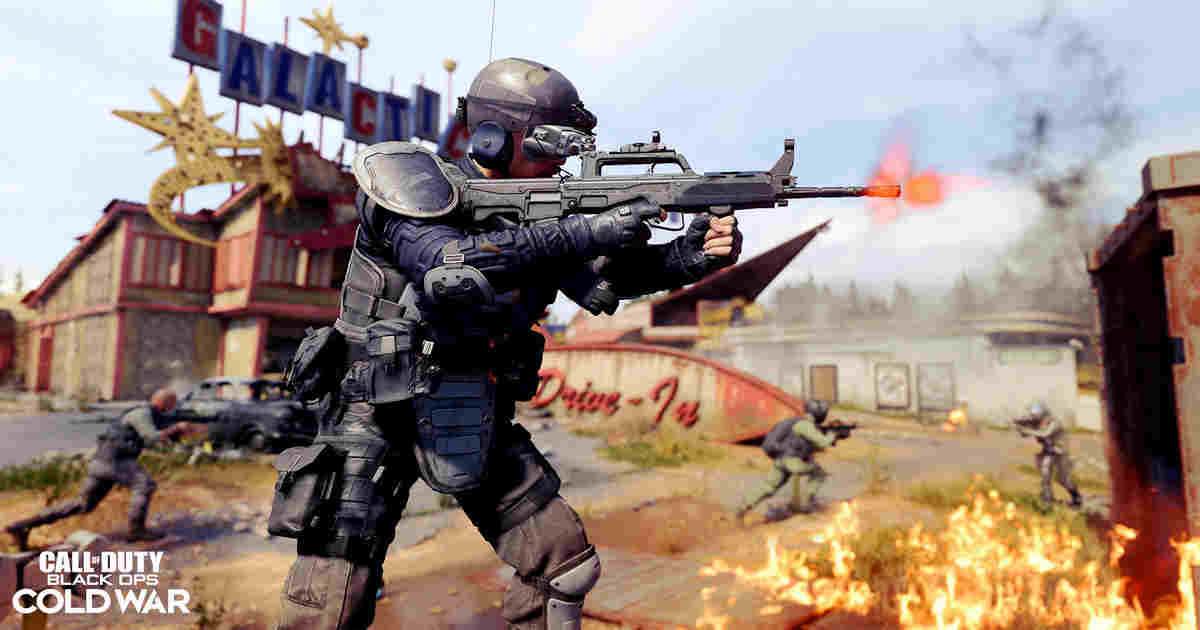 The big news across the Call of Duty universe is the arrival of Vanguard and its Open Beta access, which comes in a few weeks. Simultaneously, regular action continues across Black Ops Season 5, with new Multiplayer playlists arriving on Sept 5.

Make them afraid of the dark with the Dark Dispatch Maxis Bundle.https://t.co/vSYht82KJG pic.twitter.com/cxz6tEIcWz

This will feature the new Season Five Moshpit, with a mix of respawn modes on the latest 6v6 maps. These are: Echelon, Slums, and Drive-In. Not to forget the Season Five Multiplayer and Zombies Free Access period, which will run from Sept 2-7.

A key highlight of this week in CoD BOCW is the addition of three new bundles. There is a lot in store here for gamers.

The first in this week’s Bundles is Dark Dispatch Maxis. It features the Zombies Operator’s “Noir” Operator Skin. It comes with two Legendary Weapon Blueprints: the “Massacre” Assault Rifle and “Slaughter” Shotgun.

The package also includes the “Slow Decay” Emblem and “Killer Moves” Finishing Move. Rounding out the Bundle are three Epic-level items. These are the “Decrepit Master” Calling Card, the “Deadshot Daiquiri” Zombies Perk-a-Cola can Charm, and the “Dead Flower” Sticker.

You May Also Like :  DC's Deathstroke Zero Outfit set to join Fortnite on June 1

Super-soldier Colton “Stryker” Greenfield will join the NATO faction this week. Players have the opportunity to grab the Tracer Pack: Stryker Operator Bundle.

Alongside Stryker’s default Operator Skin “Interference,” players can also access the “Road Rash” Finishing Move. It features the RC-XD, the “Fringe” Reticle, the “Battle Focus” Animated Calling Card, the “Detonator” Charm, the “.50 Cal Flip” Gesture, and the “Fire Away” Emblem.

The final attraction is the Tracer Pack: Fire Starter Ultra Bundle. It is a fiery Park-centric Bundle that contains her Ultra “Ember” Operator Skin as its centerpiece. The pack also includes two Legendary Weapon Blueprints: the “Furnace” Assault Rifle and “Incinerator” SMG.

Also up for grabs is the “Smolder” Calling Card and “Fuzzy Feeling” Emblem. Rounding off the set are the “Hot Look” Sticker and the “Molotov” Charm.