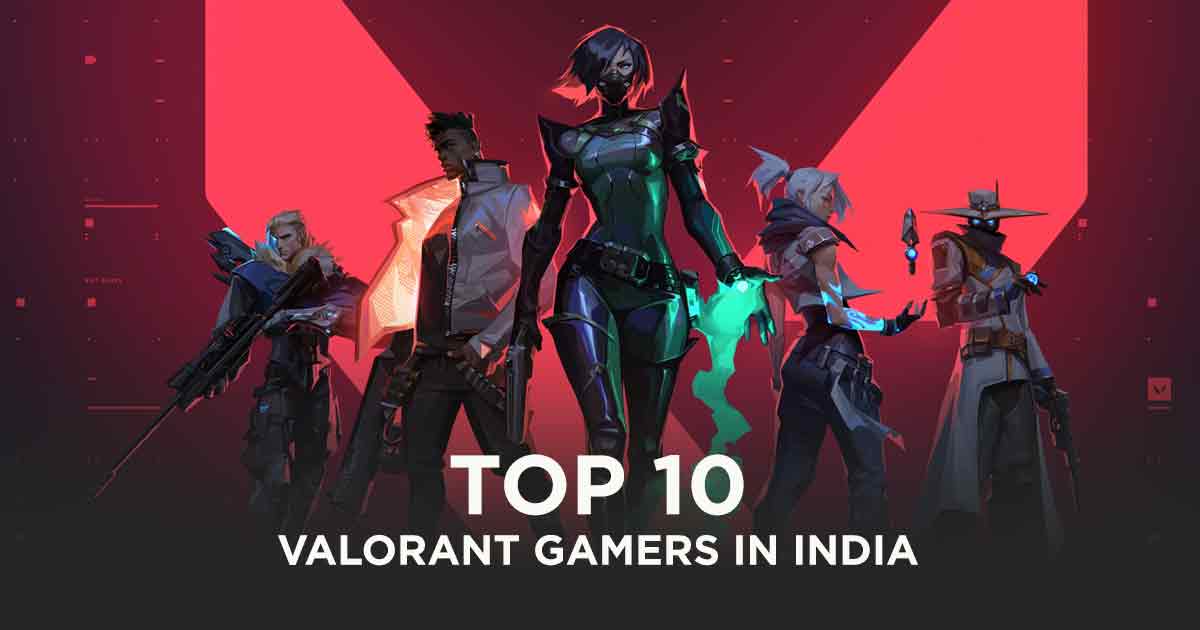 The fast-paced tactical shooter Valorant has witnessed quite a success in India. In this article, we bring you the top 10 Valorant players in India, who have laterally set the gaming stage on fire!

Developed by Riot Games, Valorant enjoys a pan-India fan base, which is on the rise. This is due to the meteoric rise in viewership of the game during recent tournaments and leagues.

Valorant has duly gained a lot of traction in the last one year, as gamers have instituted their faith in PC Esports. Today, India has a talented bunch of amazing players who have taken brand India to the global horizon. 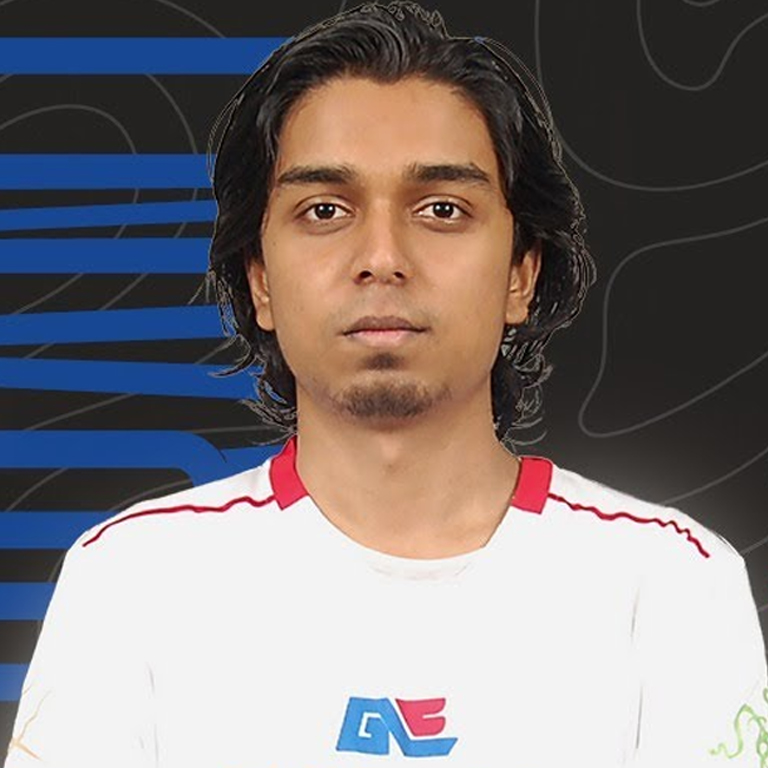 Ganesh ‘SK Rossi’ Gangadhar can be considered one of the most celebrated names in the Valorant India fraternity currently. A former CS:GO player, he has represented India on an international stage. As of date, he is a part of Global Esports. SK Rossi is known for his gameplay with Jett in Valorant.

The young gamer was one of the first Indian players to reach the higher tier in Valorant named Radiant. He has garnered more than 1200 kills in Skysports League tournament, where he represented team Bengaluru. Also, he was the only player to cross the mark of 1000 kills in the tournament. 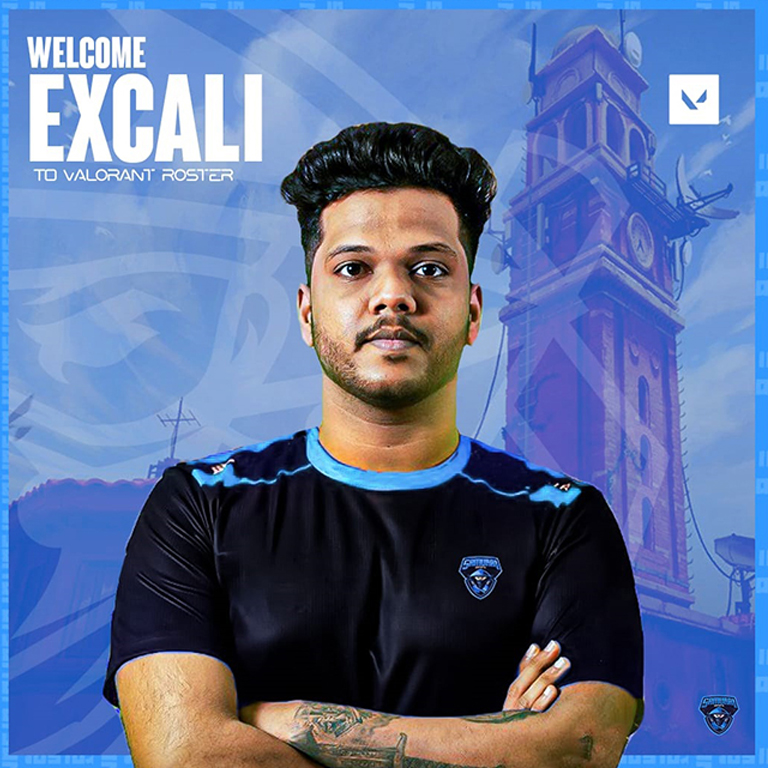 A former CS:GO player, Excali is one of the most successful gaming names in India. He was among the first wave of Valorant professionals in the country and is considered one of the best for the Duelist role. Excali managed to emerge undefeated in 2020, while a part of Velocity Gaming.

He is now a part of Samurai Esports and recently won the Skyesports Invitational 2021. Excali has a considerable time being a Valorant professional and fans will surely expect many more tournament wins. He has been an active player of the Team Mahi’s Valorant roster, before moving to Samurai Esports. 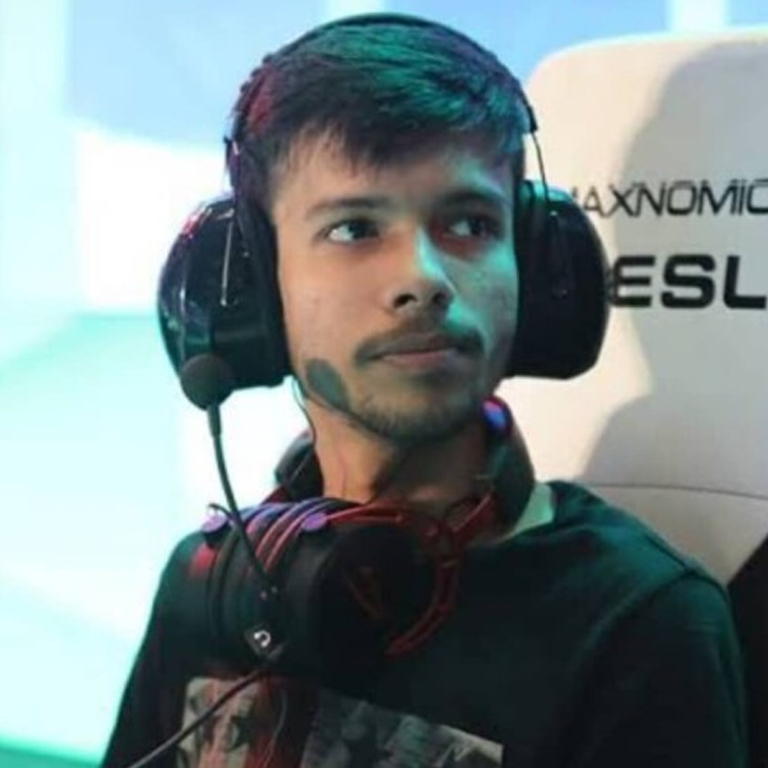 A valuable asset for Velocity gaming, DeathMaker has played for various professional organizations including Entity Gaming, Global Esports and others. Touted as ‘India’s Aim God’, Debanjan is highly popular for his immaculate aim across the first-person tactical shooter.

He is considered one of the best Duelists in India and his MVP trophies and combat scores speak for themselves. Not willing to rest on previous accolades, DeathMaker is poised to break all previous records made by other Jett players in India. 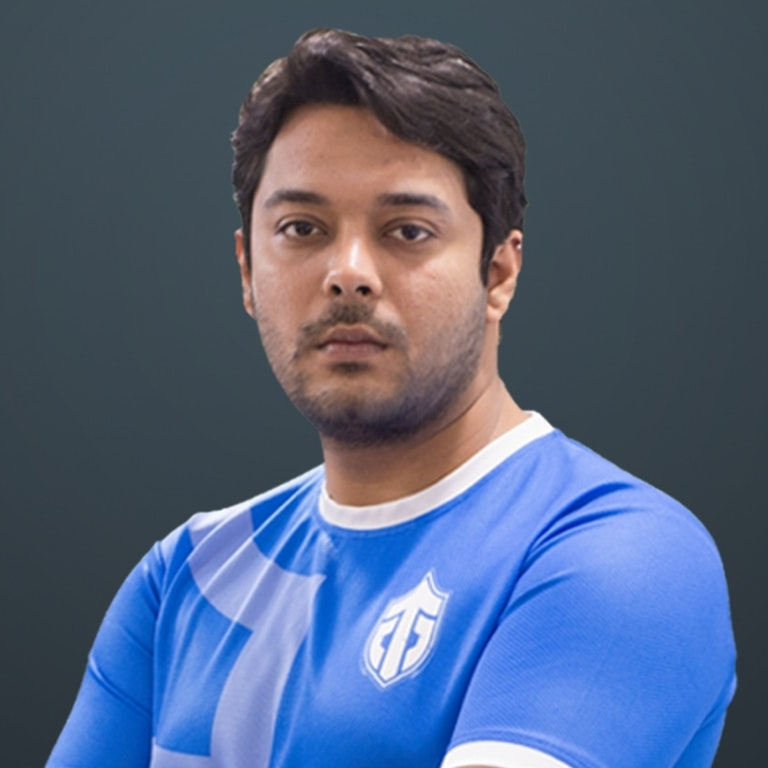 Anuj “Amaterasu” Sharma is widely known as the best Indian IGL player in India. Currently associated with Velocity Gaming, he supervised Entity Gaming in CS:GO for over three years before switching to Valorant. He successfully led Velocity Gaming through an undefeated year of Valorant in 2020.

Known for his experimental trysts on most occasions, Amaterasu is known to change his team’s momentum as the situation demands. Viewers have seen him command a round’s momentum skillfully, with a magical mix of fast and slow-paced gameplay. This results in a quick win before the opponent can even get an initial hint. 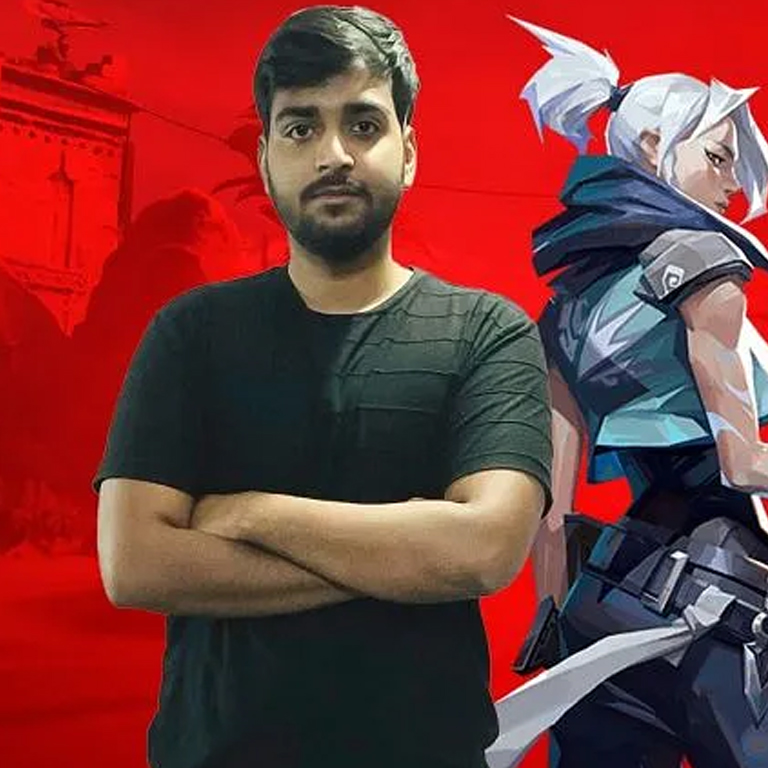 You May Also Like :  Top Mobile Games in 2019 Gamer Should Have

Currently, he’s in the 3rd position on the leaderboard with 900+ kills. Mohit is a Valorant pro, and has garnered some success as a content creator as well. His YouTube channel currently has over 10k subscribers and is steadily gaining followers and subscribers by the day. 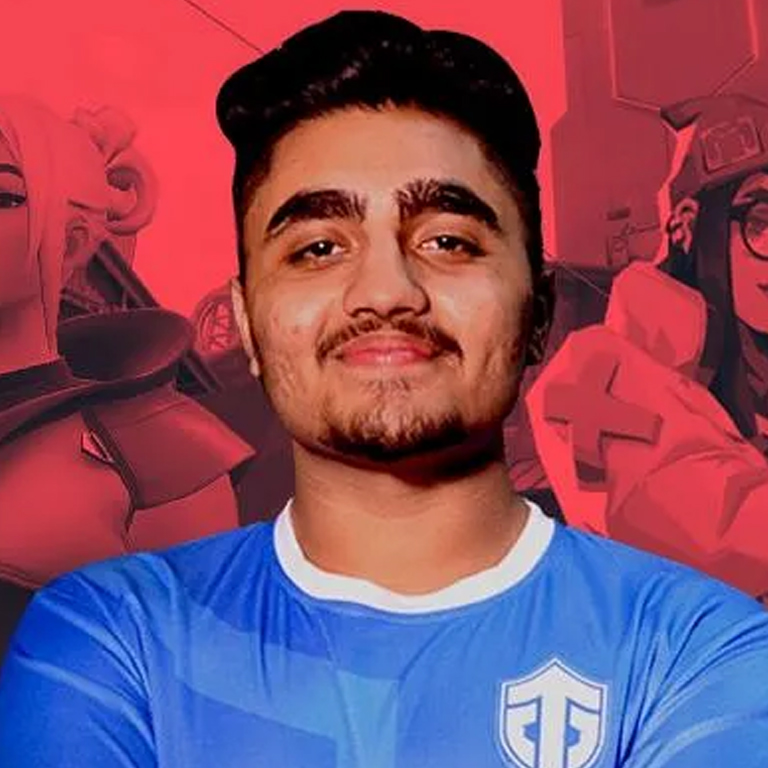 Think Valorant, think Simar Sethi. He has been synonymous with gaming for a long time, even during his previous stint with CS:GO. Psy has been credited as the youngest IGL and Team Captain in India from 2017 – 2020.

Simar ‘Psy’ Sethi played for Team Entity and represented India on multiple occasions in countries like Dubai, Philippines, China and Malaysia. Psy switched to Valorant and currently is playing professionally for Team XO. He is also working on live streaming and creating content for his YouTube channel, which has almost 69k subscribers. 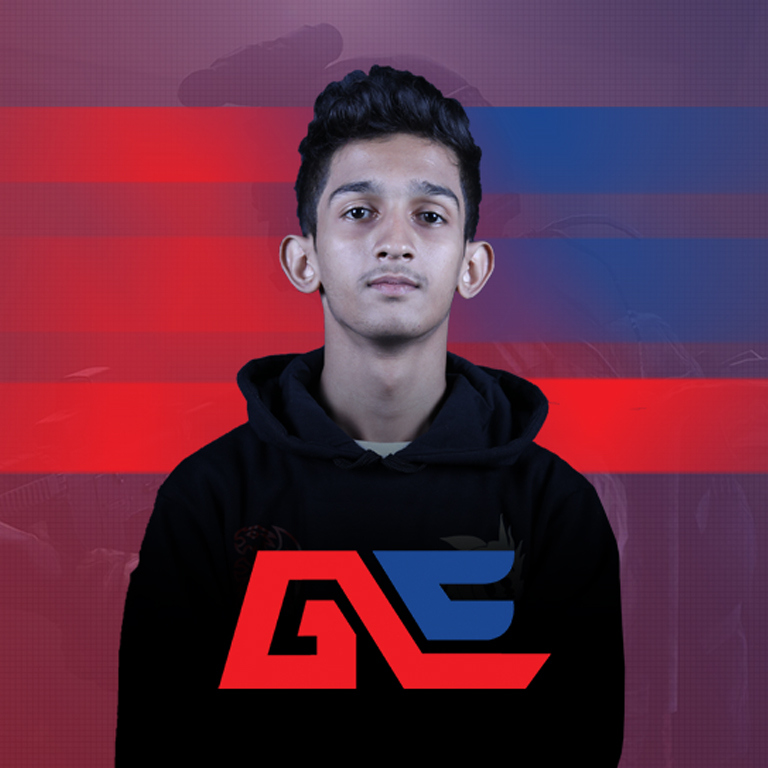 Sagnik “Hellff” Roy is a part of Velocity Gaming and was a member of Global Esports’ Valorant lineup. He is a Retired CS:GO player who played for Global Esports. Roy is one of the finest Sentinel players in India and he is also known for his 200iq Astra plays.

He has been a key player in Velocity Gaming. Hellff is considered an important contributor to the team emerging among the best teams in South Asia. He has the experience of playing during crucial situations and brings both firepower and excitement to matches. 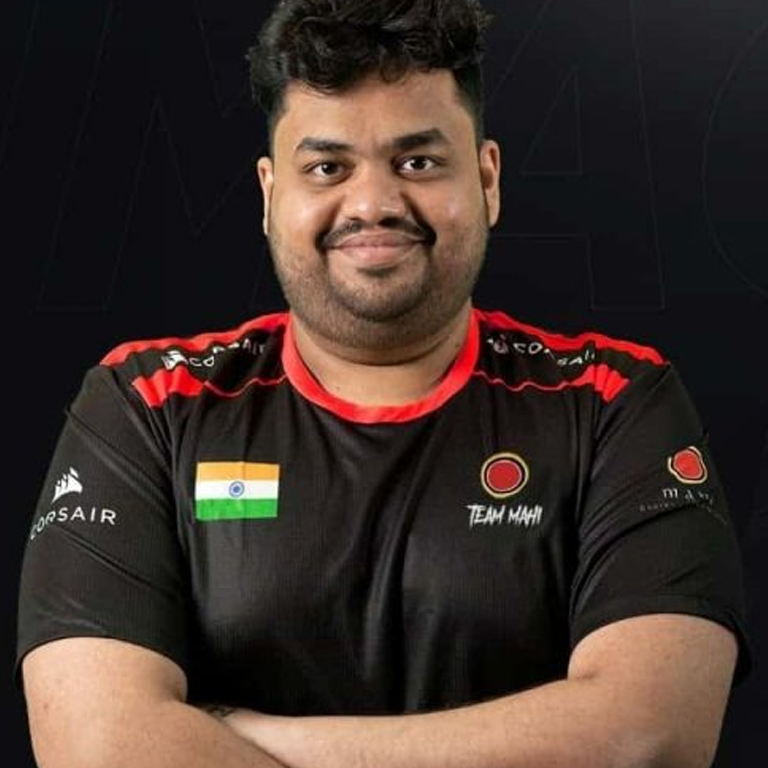 Tejas rite2ace can truly be considered a pro in the Indian FPS scene. He’s represented India in multiple international LAN tournaments. Sawant created quite a stir, when he transitioned to Valorant after nearly a decade as a CS:GO professional. He was known as “The first Indian Radiant Player”.

With Velocity Gaming, he went undefeated in Valorant throughout 2020. He has made a mark for himself in the Valorant scene and is considered India’s best Sova player. He and his team have managed to successfully dominate the 1st phase of the Indian Valorant scene. 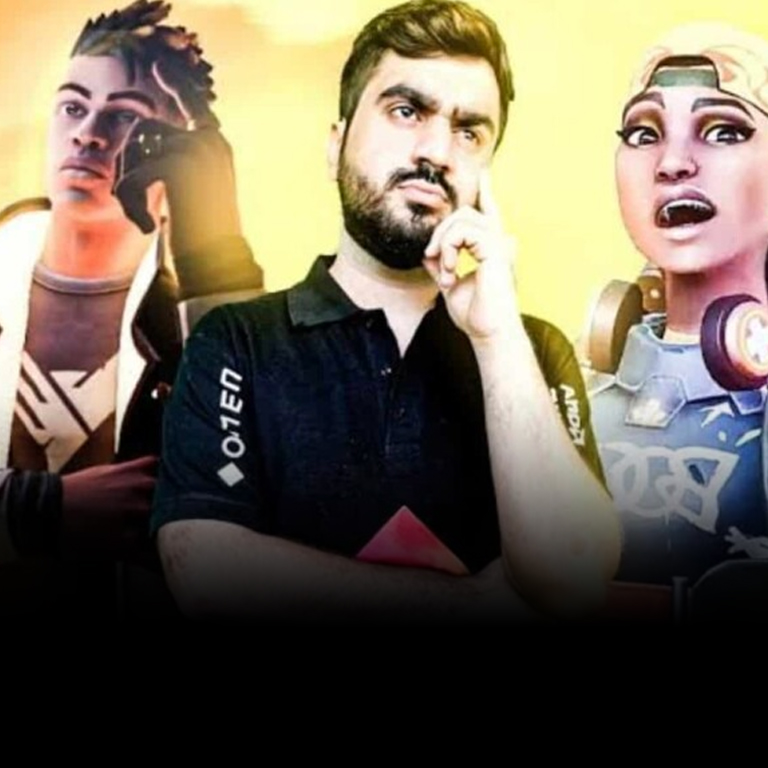 HellrangeR is an Indian FPS expert. He commands more than a decade of pro gaming experience under his kitty. He initially made a name for himself as part of the CS:GO squads of Entity Gaming and Global Esports. Bhavin made his jump to Valorant in October 2020.

Currently, he is the captain of the most successful Indian Valorant squad in 2021 of Global Esports. His teammates have credited him for bringing out the best in all players, as he hones individual skills to perfection. Valorant fans credit him with most of Global Esports’ dominance this year and look forward to similar memorable performances ahead. 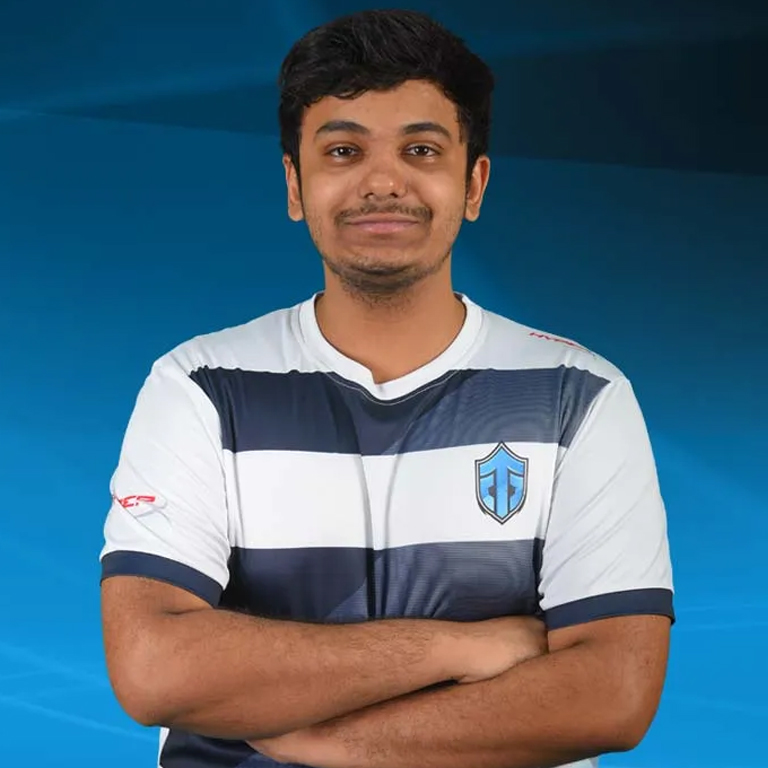 Global Esports has a strong asset in skillZ. He transitioned to Valorant in October 2020 and has slowly been earning his cred again as a Sentinel and Duelist. As part of Global Esports, he has enjoyed a win streak in 2021.

He plays Killjoy or Raze, depending on the team’s needs. However, he has shown his prowess through both agents quite seamlessly over the past. He has been a versatile performer and has shone during times of crisis in Global Esports. During drafts, Jayanth has often caught his opponents off-guard and scored major brownie points.

DJ Alok is one of the most desired characters in...