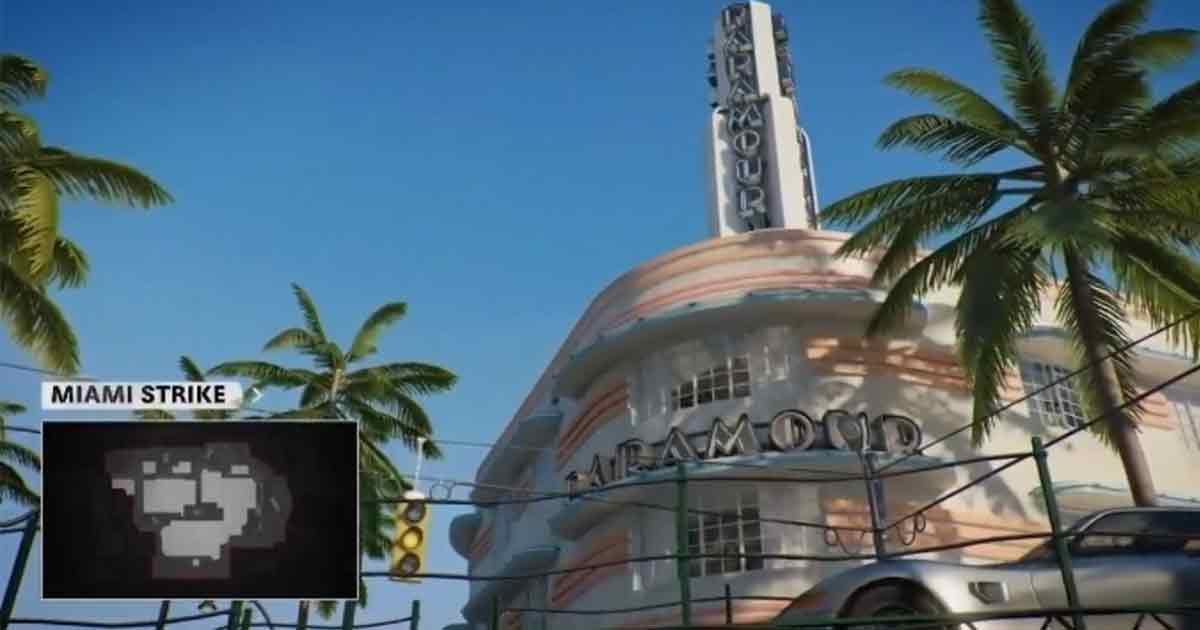 Treyarch has showcased the new and improved version of Miami Strike. This is a welcome move because this map has the dubious tag of being the worst map in Call of Duty: Black Ops Cold War.

Miami Strike will arrive as part of the mid-season 2 update in Call of Duty Black Ops Cold War. Treyarch will also get Prop Hunt back and add Satellite to the map rotation along with fresh props. Also, gamers can look forward to a new Zombies experience as well.

Treyarch has scheduled Miami Strike to launch next week in multiplayer with a fresh 6v6 close-quarters blueprint and a 24/7 playlist.

While a few differences are evident from the video shared by Treyarch, a glaring change is that the new Miami strike is set in day time. The original Miami layout was set at night. This will surely bring much needed respite to players, who criticized Miami because of its poor visibility during the dark.

Sun’s up, guns up. Miami Strike comes to 6v6 next week with a new close-quarters layout and 24/7 playlist. pic.twitter.com/umoaxxfYPq

The new Miami Strike also appears substantially smaller than the original Miami Strike. This is another crucial change, as there is a significant amount of space lying wasted in Miami. This often makes the map appear too vast for standard 6v6 game modes in Call of Duty

Treyarch provided a lot of attention to Miami in its run up to the launch of Black Ops Cold War. Those classic vibes from the 1980s almost rendered it the game’s signature multiplayer map.

All the fizz around the map however, soon fell flat. The map failed to impress gamers and was soon dubbed as the worst map of the game. Often, players would back out of games that landed them in Miami. They would even vote against it in the pre-match lobby.

The Miami map was plagued with many issues right from the start. Players complained of poor visibility, an ill-thought out layout and a large part of the map mostly remaining unused.