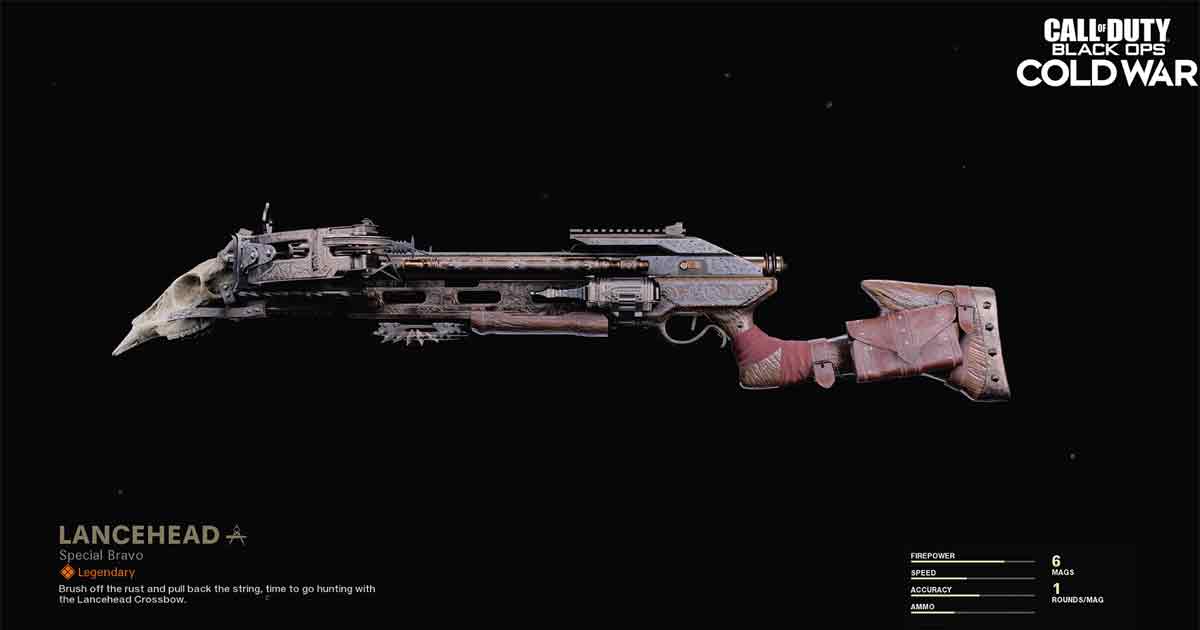 The R1 Shadowhunter crossbow is finally coming to Call of Duty titles and this time it is permanent! Interested gamers can grab this powerful weapon starting March 25th

Call of Duty Warzone and Black Ops Cold War will see a new addition to its weapons arsenal. The R1 Shadowhunter crossbow arrives to both games on March 25th as part of the Season 2 update. Also on sale is the ‘Archaic Range’ bundle and it will be available today.

Fans have been eagerly waiting for this weapon to hit Call of Duty shores. The R1 Shadowhunter crossbow has been aptly described as a weapon that “launches lethal bolt projectiles to silently eliminate enemies.”

Players will retain any progress they’ve already earned toward the unlock challenge, and those who completed it early will start at 14/15 match completions for a streamlined unlock process. pic.twitter.com/7VofvKxBYf

This agile weapon comes with sharp hip-fire accuracy, coupled with nimble handling. To render a rustic charm, players will need to manually load all bolts. Black Ops Cold War lists this as a secondary weapon under the ‘Special’ category, along with the M79 grenade launcher.

You May Also Like :  Iron Trials '84 mode comes to CoD Warzone Season 5 Reloaded

How to unlock the R1 Shadowhunter crossbow

Players can unlock the weapon by “Using a weapon with no attachments, get 3 One Shot, One Kill medals in 15 different matches.”

Treyarch had erroneously added this weapon to both Call of Duty titles on March 18th. As a way to compensate gamers who unlocked the crossbow then, the developer has allowed them to complete the process in one match.

The best way to unlock the Shadowhunter is to use a barebones LW3-Tundra Sniper Rifle to achieve the first three kills in a game. Players can wrap up their in-game challenges quicker as long as those kills are all done in a single shot.

Interested Call of Duty players however must note that they do not leave any games before they are actually over. This will negate any progress made towards the R1 Shadowhunter crossbow for that game.

Warzone players can unlock the R1 Shadowhunter crossbow by dropping into Plunder or solos and go for one-shot kills with a Kar98k with no attachments.