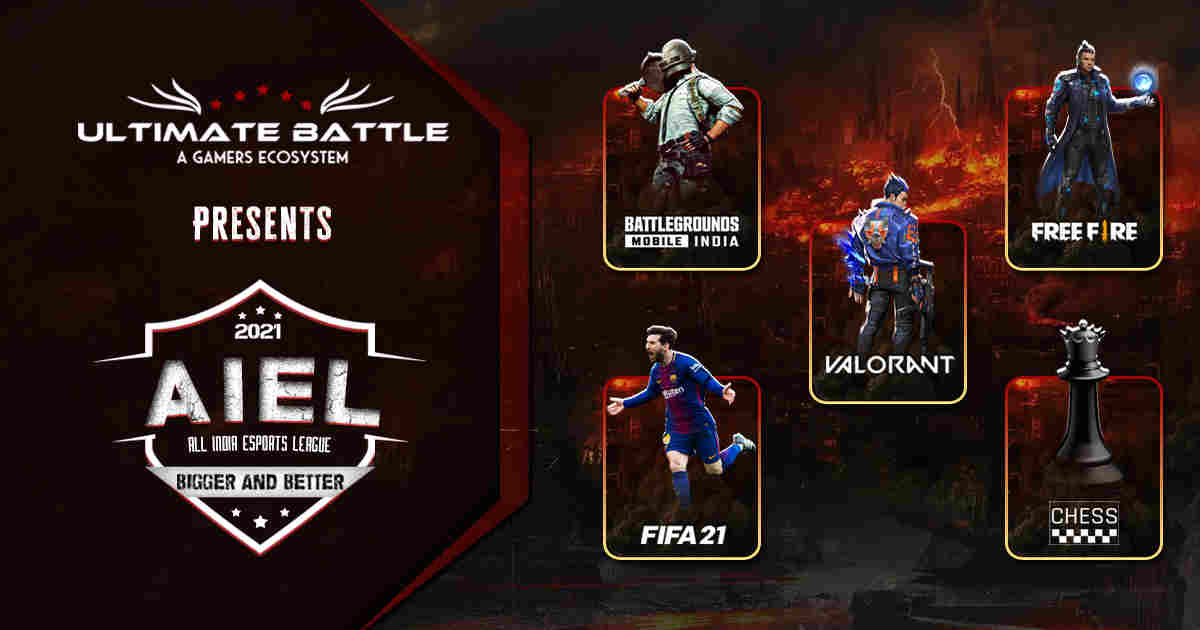 Ultimate Battle (UB), India’s first-ever one-stop online Esports platform, is all set to roll out the inaugural edition of the All India Esports League (AIEL), with registrations starting in September 2021. The league, which will be played on the Ultimate Battle platform, aims to boost the Indian Esports ecosystem and encourage more Esports athletes to establish themselves.

As the National Sports Day will be celebrated on this Sunday, August 29, it’s an opportune time to announce our flagship Esports tournament. The tournament will witness top Esports players from across the country engaging in the thrilling action and playing exciting battle royale games challenges, testing their strategic knowledge and skills. The league boasts a massive total prize pool of Rs 5 lakhs.

“The much-anticipated All India Esports league (AIEL) is the flagship tournament of Ultimate Battle which adds to our sustained efforts to create a one-stop platform to facilitate popular games for the Esports athletes to play and compete against each other. We have been consistently hosting tournaments on our platform in the past year and the responses have been very good and hence we thought it was the opportune moment for Ultimate Battle to launch the League and connect the players and give them more benefits and opportunities to challenge fellow players,” said Mr. Tarun Gupta, Founder, Ultimate Battle.

You May Also Like :  Skyesports has announced Valorant League 2021 in April

AIEL: All the details

The league which will be played over 4 months will be seeing popular multiplayer battle arena Esports games including recently-launched BGMI (Mobile) along with the other prevalent games Free Fire (Mobile), Valorant (PC), FIFA 21 (Console – PS4), and Chess (PC and Mobile) as part of the league.

“The selection of the games is primarily driven by their popularity and community size, along with an objective to engage gamers from all platforms including Mobile, PC, and Console. The purpose is to build an event where gaming can be celebrated in all its glory”, Mr. Gupta further added.

The format for the event has been designed as follows:

2. Choose your Game and Join Qualifier: The Gamers will have to choose the game they wish to participate in and Join the Online Qualifiers.

3. Qualify for Finale: Winners from the Qualifiers will move to the final pool/brackets where they will compete for the Top ranks.

4. Prize Distribution: Winners in the Finale event will be distributed with prize money, merchandise, and Goodies.

The professional Esports athletes as well as enthusiasts from across the country, of age 18 and above, can register themselves free of cost for the league, with an Ultimate Battle user account.

Valve has announced the ticket sale date for The Dota...

Eight Esports titles, including League of Legends, will be debuting...

The VCT Stage 3 Masters is all set to commence...