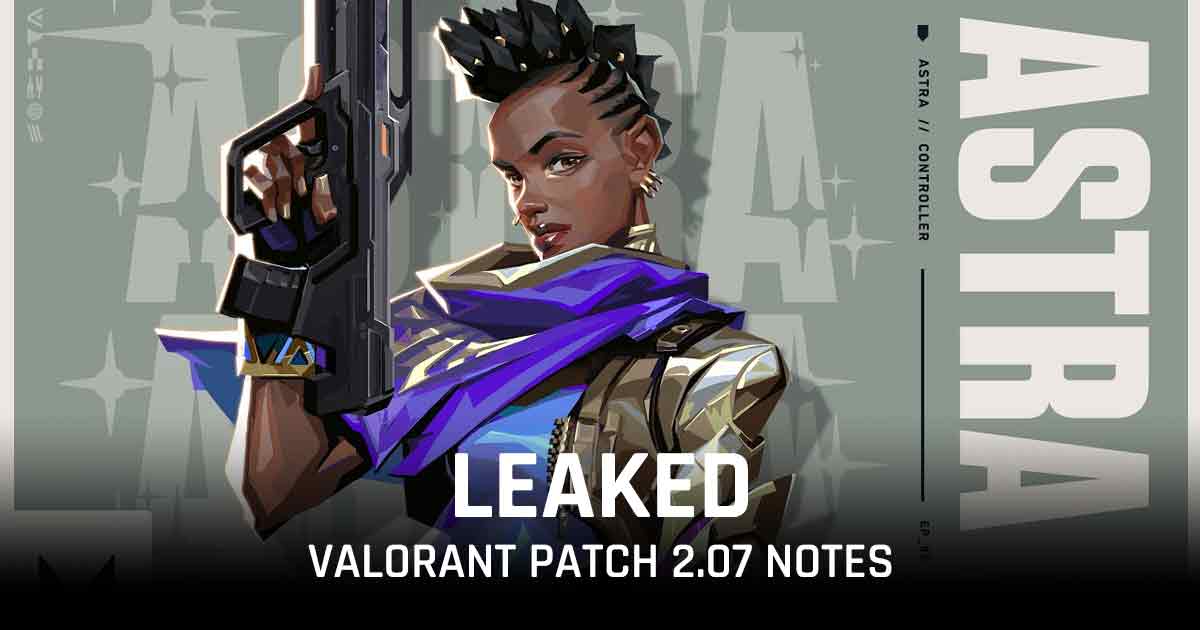 Valorant patch notes 2.07 have been leaked ahead of its April 13 launch and it seems agents Astra, Viper and Raze are up for some major changes

Valorant patch 2.07 has been leaked quite early. As per available details, Astra will receive a quality of life buff, while Raze and Viper will have their kits adjusted. Riot also plans to fix a few additional bugs.

Riot plans to release the details of the upcoming Valorant patch 2.07 on April 13. Valorant developers are now focusing on recent entrant Astra and the upcoming Episode 2: Act 3.

The biggest change coming in Valorant patch 2.07 is a welcome add-on to Astra’s Gravity Well. Gamers will now be able to use it and drag players off the spike and stop the defuse. Fans believe that Riot should have added this feature upon Astra’s initial release.

According to Riot, this update can create some interesting interactions post plant. This is where enemies try to bait out the Gravity Well and play around its cooldown.

Raze will now come equipped with an audio cue added to her blast packs “similar to Jett’s Tailwind”. This will make it easier to track her movement. The developer is also updating her VFX’s so they are less cluttered and easier to see through.

Viper fans will also be happy to hear a bug with her Decay mechanic has been fixed, which didn’t deliver the full damage to enemies even if their armor was depleted.

You May Also Like :  CoD Vanguard Beta Weekend 1 goes live today: What can gamers expect

On top of these two changes, a Yoru bug which allowed him to plant the spike off-site using a Dimensional Shift-Gatecrash combo has also been removed. Cypher, Killjoy and Skye have also had some bugs squashed.