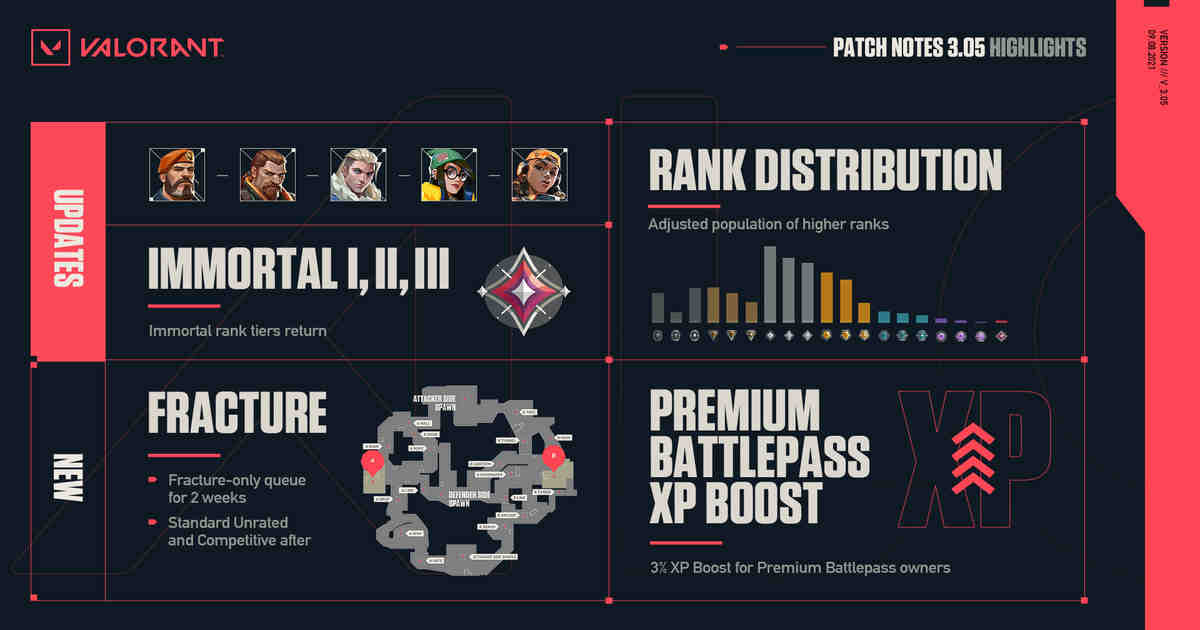 Also, there are several bug fixes across Agents, Competitive and Valorant Esports Features. All this, while Valorant Episode 3 Act 2 introduces the new Fracture map, fresh Battle Pass and a Zedd-inspired bundle

The latest patch has carried out consistency changes the ability damage of agents Brimstone, Sova and Breach. Riot intends to reward gamers who are creative with the ability sandbox. Essentially, players who use their tools to solve the obstacles other Agents are creating.

To ensure this, physical objects across Valorant need to interact reliably and consistently. This will enable gamers to properly plan and execute without knowing ability-specific interactions.

Patch 3.05 has updated AFK detection logic. This should deter players from farming Battle Pass/Account Levels by AFKing in game modes like Deathmatch and Snowball Fight.

Changes to Killjoy in patch 3.05

Players had found Killjoy’s Turret to be quite oppressive on pistol rounds down longer sightlines. This is where the tagging intensity combined with weapon spread makes it challenging to press forward.

Subsequently, her Bullet tagging has been reduced. These changes aim to slightly tone down the Turret’s ability to impede rushes, and give opponents more counter-play options.

Raze’s ability to clear space, spot, and track opponents, as well as one-shot enemies with Light Shields, left gamers with limited options on how to counter-play. Hence, Riot has reduced the Boom Bot’s Maximum & Minimum Damage, along with a reduction in Cost.

These changes will introduce more Boom Bot counter-play options. This should also increase the frequency that Raze mains can use Boom Bot to create space.

You May Also Like :  What is Double Movement in Fortnite? A Quick Guide

The biggest update in competitive is the addition of the Fracture-only queue: a standard, unrated mode. This will give players a chance to practice the new map before they see it in Competitive play.

Fracture-only queue will be available for 2 weeks. After this, Fracture will enter other modes, including Competitive. 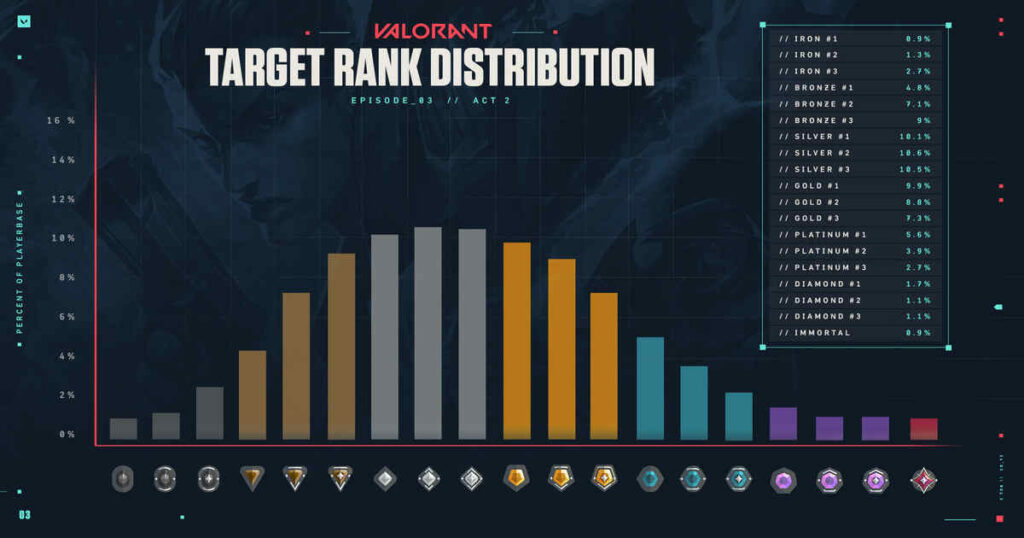 The Immortal 1/2/3 rank tiers are back in Valorant. The Leaderboard will update to distinguish between players in each Immortal tier.

These get updated Ranked grouping restrictions to accommodate return of Immortal 1/2/3. Riot Game has adjusted Competitive ranked distribution as well.

Players will now receive a 3% XP boost toward Battle Pass tier progression for all match-made games until the end of Act II. This is when they upgrade to the Premium Battle Pass.

This is not retroactive, so upgrading early will give gamers access to the most amount of XP. The XP boost does not apply toward Daily or Weekly Missions.