Valorant YR1 Anniversary event celebrates One Year of the game 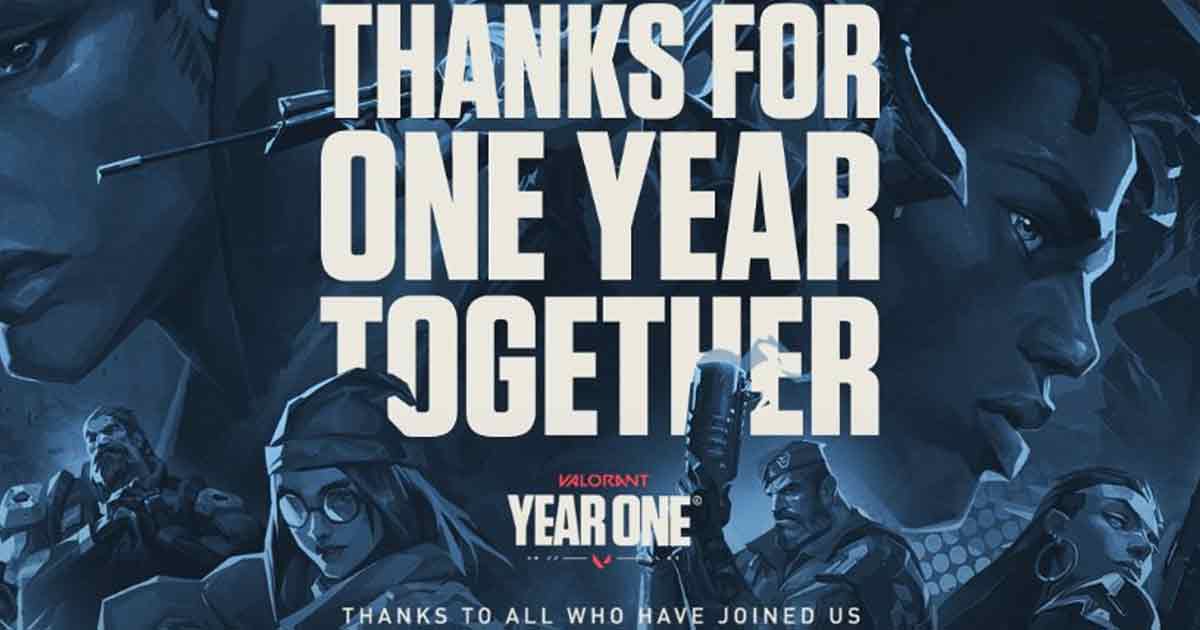 Riot Games is celebrating one year of Valorant with the YR1 Anniversary event with an Event Pass, Player Cards and attractive bundles

Riot Games is celebrating one year of Valorant with the YR1 Anniversary event. Fans of the game can expect it to be packed with events for players to participate in. Also, there would be exciting rewards up for grabs.

Riot Games has achieved major milestones with its first-person tactical shooter Valorant in its first full year of release. It has already garnered over 14 million average players a month and has an Esport title, which witnessed one million viewers during its first international LAN event.

For a year, Riot has opened its servers across the world. Currently, it’s planning to scale up with a Valorant Mobile version soon.

To celebrate Valorant’s first birthday, Riot are giving every player a free Event Pass for YR1. It will consist of seven levels, and each one will unlock exclusive YR1 items as players level up the pass.

One year ago today, #VALORANT was released! pic.twitter.com/Pr5QD6yAAF

Every global region will soon vote for a unique item like sprays, gun buddies, and titles that best reflects that region. The top voted accessories will appear in an upcoming Community Battle pass in Episode 4.

The Valorant community will have an opportunity to collect three limited edition YR1 Player Cards. The way to collect them is unique, and it starts on June 6.

Valorant players are going to help contribute to the Riot Games Social Impact Fund. This is in partnership with Impact Assets and they will use the Give Back Bundle.

This weapon skin bundle will have four cosmetics. One each for sidearms, SMGs/shotguns, sniper/machine gun, and rifles. The Valorant community will chose these weapons.