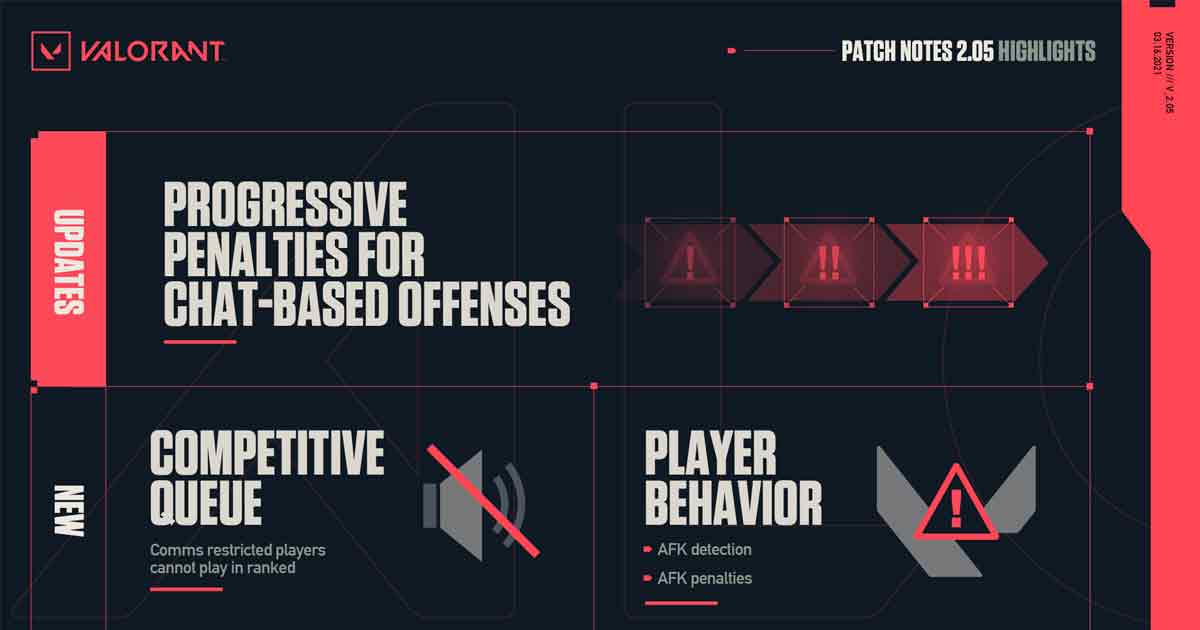 The latest patch 2.05 update addresses numerous bug issues in Valorant, along with an aim to check AFK and ensure player integrity

Riot Games has introduced patch 2.05 updates for Valorant and this time it’s all about enhanced AFK detection and multiple bug fixes. The aim is to ensure best behavior among players and check chat-based offenses as well.

For long, gamers have complained about the lack of ethics and code of conduct among fellow players. Riot Games has always been at the forefront when it comes to customer grievance redressal.

Hence, the developer has called on its Social and Player Dynamics team to better detect AFK and chat-specific offences. Riot plans to impose severe penalties on players found violating the acceptable standards.

This means players who are regularly pulled up for misconduct and objectionable behavior will be banned from participating in text or voice chat.

Notorious players will also find it difficult to queue during ranked matches. The developer will re-permit them only when they take corrective actions.

Agent Sova has received unique keybinds to the option menu for flying up and down when using Owl Drone.

The recent added Operator agent Astra has also received updates. The developer has added unique keybinds to the option menu for gamers flying up and down in Astral Form.

This has been a key area of concern for Valorant developers. Recently, agent Astra was getting stuck in her astral mode and players had quit a tough time making progress.

There have been multiple such bugs plaguing the game and Valorant seems to have taken cognizance of these.

The bugs fixes carried out are:

You May Also Like :  Epic Games unveils Fortnite v16.10 Patch Update across Platforms