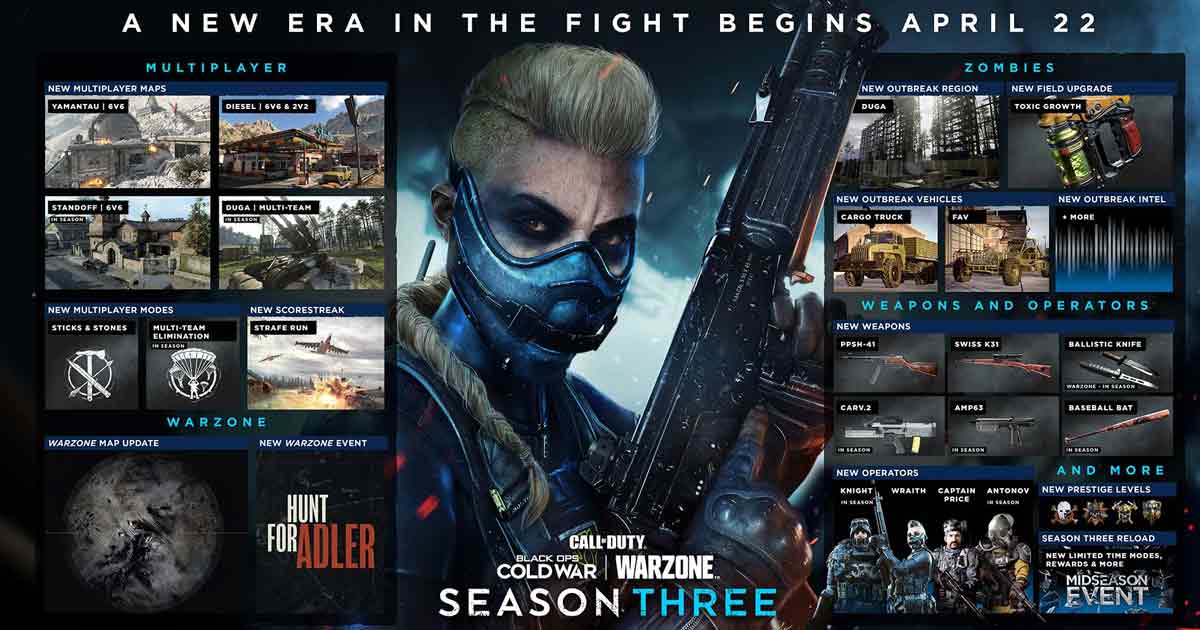 The Season 3 update for CoD Warzone and Black Ops Cold War has introduced the 1984-spec Verdansk Map. The map is available for free and comes with a host of new features and changes.

Season 3 promised a fresh dose of excitement for Warzone players. The update brings Verdansk back to 1984 with significant changes to the map. It was a map that defined Warzone for its first year and a month.

Activision has now refreshed Verdansk to optimize gameplay and offer a wider variety of new combat experiences. All this happens while it is set back in time to create a synergy with the storyline of Black Ops Cold War.

The Official Warzone Strategy Guide receives an overhaul the size of Verdansk in celebration of Season 3. This update includes new tactics, comprising those used by the best Operators. It gets over 300 tips and meta-based loadout suggestions.

The new Verdansk map is now live and players can earn over 400 points of interest broken down in a detailed and interactive Atlas.

An interesting addition, the Gora Summit presents an expansive complex with a central island base. There are three gondola stations, equipped with working gondolas, and a lower river valley to ascend on foot, vehicle or ascender.

Also available are opposing helipads and two command centers, one built into a rock island. This single location is bigger than many Multiplayer maps available. It is already well-known among Cold War fans.

Bridging the chasm in front of the Summit, the Viaduct is a product of robust 19th century engineering. The bridge spans the entire Gora River Valley. Dams further upstream convert the valley into a lush grassland.

In this viaduct, gamers can find ascenders and can drop off the bridge onto gondola roofs. It also enables them to perform impressive vehicle stunts.