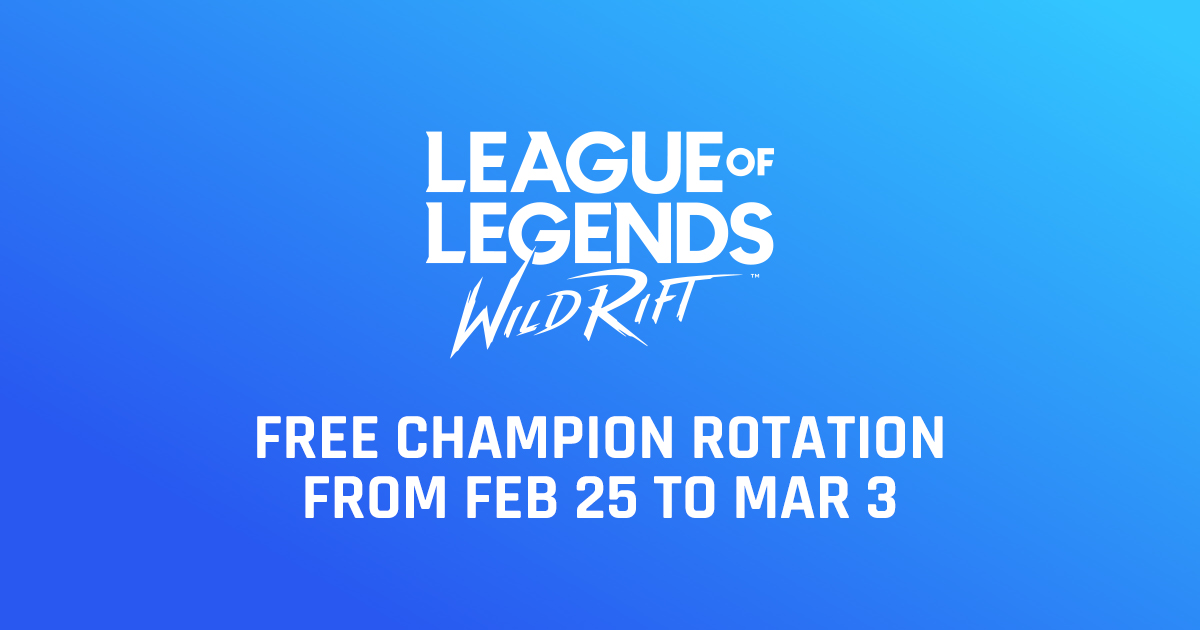 The Wild Rift Free Champion Rotation for Feb 25 to Mar 3 has been announced. The event currently has 55 champions as of now with new characters being continuously added to the fold.

It allows players to enjoy free champion rotation starting from February 25 and to March 3, 2021.

Wild Rift gives players many options to unlock champions through in-game currency and events. This is a slow and tedious process. However, players can still experience the charm of the champions. Yes, it’s possible where they can play it during the free rotation.

Riot Games announced a free champion rotation from February 25 to March 3. Here every week players get the advantage to access 10 heroes for free. These changes every week that lets players try our various heroes before they buy them.

Coming up next on the free-to-play rotation! pic.twitter.com/0Is7vDvHXa

It is important to note here that the offer for free champions is not valid for Ranked Games unless gamers unlock it in the shop. The popular Free Champion Rotation is an option given to players to explore different roles in the game. Besides, it also allows them to be comfortable with the champion. Then they can decide on the champion they wish to unlock.

You May Also Like :  VCT Stage 1 of Masters starts off this Weekend across Nine Regions

Check out the list of the Wild Rift Free Champion Rotation: