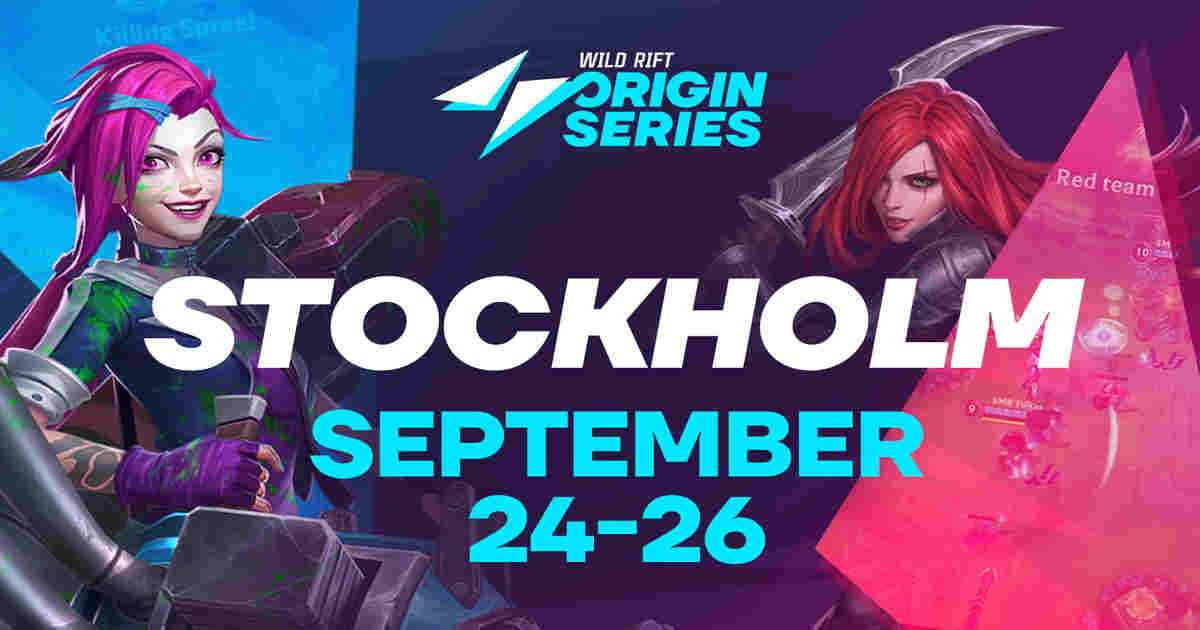 Riot Games has announced the Wild Rift: Origin Series Championship to be held live in Stockholm, with a prize pool of €300,000 up for grabs

Riot Games has announced the Wild Rift: Origin Series Championship to be held live in Stockholm, Sweden, from September 24-26. Touted as the biggest competition in Wild Rift history, this event will host the top teams from Europe, the Middle East & North Africa, and Turkey & CIS.

The League of Legends: Wild Rift Origin Series Championship will take place live in Stockholm, Sweden, from September 24-26. There will be a total of six teams competing from the Origin Series. Three teams from Group A, two from Group B and one team from Group C will participate.

The total prize pool for the Wild Rift Origin Series is a whopping €300,000. The winning team from this Championship will be taking home the majority share of that prize.

The ongoing Origin Series has already witnessed some amazing moments in June, July and August. Riot has already awarded over €150,000 to the top teams. As this series nears its end, the championship is sure to enthrall Wild Rift fans globally.

You May Also Like :  Direct Invites for The International 8!

Two groups of three teams battle it out in a Best-of-1 double round robin format. The top two teams from each group advance to the Knockout Stage.

The two best teams battle in a Best-of-7 final. This will crown the first champion of the Wild Rift: Origin Series.