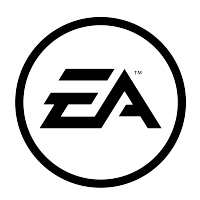 Incorporated on May 8, 1991, Electronic Arts develops, markets, publishes and distributes games, content and services that can be played by consumers on a range of platforms, which include consoles, personal computers (PCs), mobile phones and tablets. The company's games and services are based on a portfolio of intellectual property that includes established brands, such as FIFA, Madden NFL, Star Wars, Battlefield, the Sims and Need for Speed. The company markets and sells its games and services through retail channels and through digital distribution channels. The company’s PC games and additional content can be downloaded directly through its Origin online platform, as well as through third-party online download stores. Its mobile, tablet and PC free-to-download games and additional content are available through third-party application storefronts, such as the Apple Application Store and Google Play. Its multi-player online service, Star Wars: The Old Republic, is available both as a free-to-download and as a subscription basis, and certain casual games, such as card, puzzle and word games are available through its Pogo online service. Electronic Arts offers packaged goods games, which are sold in mass market retailers, electronics specialty stores and game software specialty stores. In its games, the company utilizes established brands that it either owns, such as Battlefield, Mass Effect, Need for Speed, The Sims and Plants v. Zombies, or licenses from others, such as FIFA, Madden NFL and Star Wars. From time to time, it contracts with external game developers to develop games or to publish and distribute the games. Electronic Arts also partners with third parties to publish its mobile and PC games in certain Asian territories. The company competes with Sony, Microsoft Corporation, Activision Blizzard, Take-Two Interactive, Ubisoft, Disney and Warner Bros.