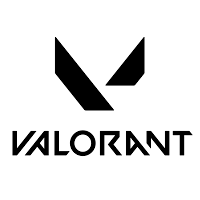 Valorant is a tactical shooting game involving two teams with 5 players in each team. Every player can sign in and play remotely from anywhere in the world. The game has been developed and published by Riot Games. A multiplayer game, Valorant is a free to play and is currently available on Windows PC. Every game has 25 rounds and the team that wins 13 of them first wins the game. Players can choose their in-game characters called agents at the start of the game. Players can buy abilities and weapons at the start of the game. The game has an array of weapons including secondary guns like side-arms and primary guns like submachine guns, shotguns, machine guns, assault rifles and sniper rifles. There are automatic and semi-automatic weapons that have a shooting pattern that has to be controlled by the player in order to be able to shoot accurately.

Quick Settings to Improve Your FPS in Valorant?

Valorant to collaborate with DJ Zedd for in-game Item, Event