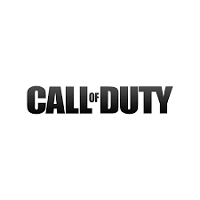 Published by Activision, Call of Duty is a popular first person shooter video game series which first launched in 2003. The most successful game in the franchise is Call of Duty: Black Ops, which has sold over 30 million units worldwide since it was first released in 2010. Traditionally seen as a console game, the mobile edition of Call of Duty has also been a great success. In the first few months after its release in October 2019, the game amassed 250 million downloads worldwide. Call of Duty allows players to advance through World War II in a series of campaigns or to battle it out against human opponents in its multiplayer mode. The game features a host of computer-controlled allies to better simulate actual war, during which a soldier would have been part of a large group rather than always fighting alone. The ability to pull up and aim firearms, to relive the last few seconds of a fallen comrade’s life, and to realistically be stunned by nearby explosions were notable features that have helped distance the game from its competitors.

Call of Duty Crashing on PC! How to Fix it in Quick Steps?