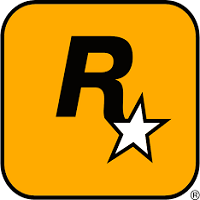 Rockstar Games Inc. is a New York-based video game publisher, which was established in December 1998 as a subsidiary of Take-Two Interactive, and as a successor to BMG Interactive, which was already a dormant video game publisher. Since 1999, several companies acquired by or established under Take-Two have become part of the Rockstar Games portfolio, such as Rockstar Toronto becoming the first one in 1999. The most recent addition to this list was Rockstar India in 2016. All companies organized under Rockstar Games bear the ‘Rockstar’ name and logo. Over the years, Rockstar Games has been credited with primarily publishing games in the action-adventure genre, while racing games also brought success for the company. One of such well-known action-adventure game franchises is Grand Theft Auto, which Rockstar Games took over from BMG Interactive that published the series’ original 1997 entry. The most recent game in the series, Grand Theft Auto V, has sold more than 110 million copies since its release in September 2013, making it one of the best-selling video games of all time. Other popular franchises published by Rockstar Games are Red Dead, Midnight Club, Max Payne and Manhunt. Rockstar Games released its own games launcher for Microsoft Windows on September 17, 2019. The launcher integrates with the user’s Social Club account, allowing them to download and buy games that they have previously purchased through Rockstar’s store, as well as launch Rockstar games available from other services, like Steam, from the launcher.