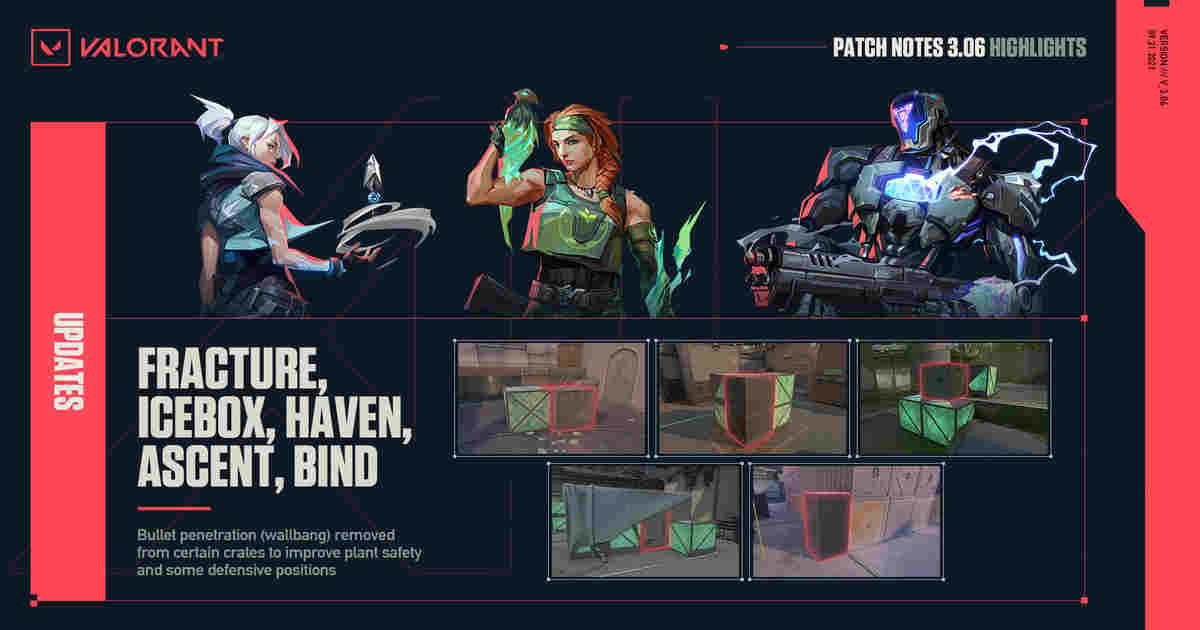 Riot has introduced the latest patch 3.06 update in Valorant. It brings in changes to three key initiators: Skye, KAY/O and Jett. Also, four maps receive updates, along with several bug fixes in the game.

Skye’s benefited from some quick movement shortly after her flashes and frequent Seekers. Patch 3.06 has slowed her down a tad and bumped the cost of her ult. Agent KAY/O, can now better hide his FLASH/drive pitches.

Considering Jett, the current changes are about getting the most out of Blade Storm’s primary fire. It also aims to create matching damage rules for the alternate fire. Gamers get one less smoke to work with in his case.

Changes to Skye in Valorant patch 3.06

Skye has been able to play off her own flash more frequently. But lately, there’s a sense that it’s become too effective and optimal to play off of her in some situations. The current patch increases Skye’s unequip time.

This should make it slightly more difficult for Skye to capitalize on Guiding Light bird flashes as quickly as before. Making coordinated play or different styles of flashes is now more competitive.

The increased activation time aims to give prepared enemies a larger window to react without trivializing her main Initiator tool. Skye’s ult frequency and effectiveness has increased as players have become more skilled with the Agent.

Changes to KAY/O in Valorant patch 3.06

At launch, the Valorant developers had two questions regarding KAY/O:

With the current patch update, Riot has over-indexed on telegraphing KAY/O’s projectile. This was holding back its success. This was despite the ability to lab out flashes was where the power could come in.

These changes should help reward those gamers who put in additional effort to throw clever pop flashes. As far as the ultimate goes, Riot wanted to increase the baseline value of the ultimate by ensuring a longer suppression window for those explosive sites.

For users of the Public Beta Environment (PBE), the update has split their settings for Live and PB. Players should no longer wipe the new setting when going between the two environments.

Coaches now default into all-chat rather than team chat where they’re muted for competitive integrity reasons. This should fix some issues where calling timeouts did not work via text methods.