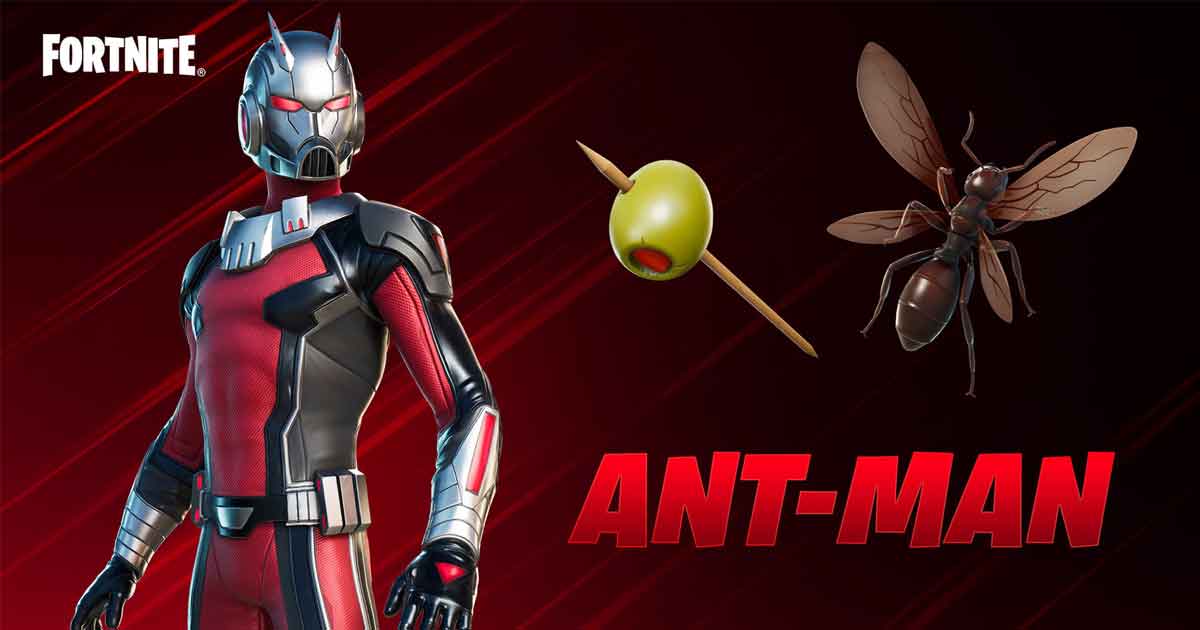 The Ant-man skin joins the lustrous Marvel roster in Fortnite and will be available for 1500 V-Bucks as stand-alone or 1,800 V-Bucks for the bundle

The Marvel franchise in Fortnite just got bigger! The latest superhero to join the bandwagon is Ant-man and he is now available in Fortnite’s Item Shop.

Players can grab this latest skin from the Item Shop for 1,500 V-Bucks. Also available for purchase is the Ant-Man Bundle, which costs 1,800 V-Bucks.

The new Fortnite skin includes the comic version of Ant-Man’s outfit, a Toothpick Pickaxe. And he is not alone. Ant-man’s trusted partner Ant-onio also joins him as a Back Bling.

Sorry we didn’t see you there Ant-Man.

While players will not see Ant-Man riding Ant-onio in-game, they can surely use this back bling to customize an in-game character.

For fans and gamers alike, Ant-man has been an iconic member of the Avengers roster. He has appeared in a host of movies, while getting two stand-alone features for himself.

He is known for his ability to shrink down to an ant’s size or assume gigantic proportions, if required.

You May Also Like :  Werewolf Mode on Chinese CoD Mobile touted to arrive in India

Epic Games had made an interesting feature addition to the Ant-man skin. The developer has introduced a new Ant-Sized Imagery Fortography theme alongside Ant-Man.

Players can use the new feature to make their character appear tiny next to normal objects. This theme is not exclusive to Ant-man and other characters also benefit from it. Fans also get to display their creative side by using the #Fortography hashtag on Twitter.

Fans of Fortnite have been kept busy as the game has seen many icons being added over the past few months. Several other Marvel characters like Captain America, Black Panther, Tony Stark and Black Widow have appeared in Fortnite.

Players get to battle it out as their favorite superhero while they try to take down enemies and the storm. Gamers have expressed their excitement over Ant-man’s introduction to Fortnite, as it was a long overdue.

Some of the other Avengers like Thor and Iron Man expressed their excitement about Ant-Man appearing in Fortnite, while Ant-Man claims he was here the entire time!