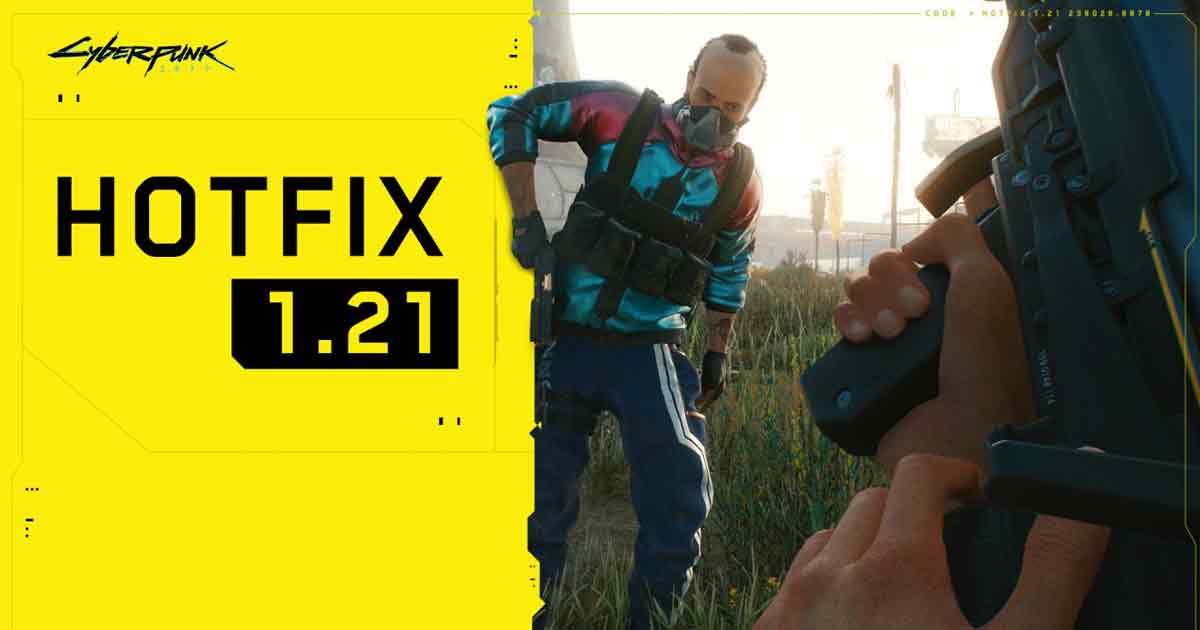 CD Projekt Red has launched Hotfix 1.21 for Cyberpunk 2077 and it addresses a wide range of bug problems, stability issues, along with better visuals and UI

Let’s be honest, the blokes at Cyberpunk 2077 would have wanted the game’s journey till date to be a lot smoother than what fans have on offer. However, there is no denying that CD Projekt Red is walking that extra mile to pacify gamers through regular updates and Hotfixes.

A couple of weeks back, the devs introduced Cyberpunk 2077’s patch 1.2 update and now, we have another Hotfix landing. Hotfix 1.21 for Cyberpunk 2077 is currently live on PC, consoles and Stadia.

Here’s what’s new for gamers to explore in this new update:

Cyberpunk 2077’s 1.21 Hotfix update has been released for PC, Stadia, and consoles.https://t.co/n7Z5fIxFg1 pic.twitter.com/tPFy3yvNXn

Changes to UI in Cyberpunk 2077

Players should now be able to select stickers in Photo Mode using the Circle button. This is for the Japanese version of the game on PlayStation 4.

Fixed some graphical issues on a bridge in Mikoshi in Belly Of The Beast/Changes.