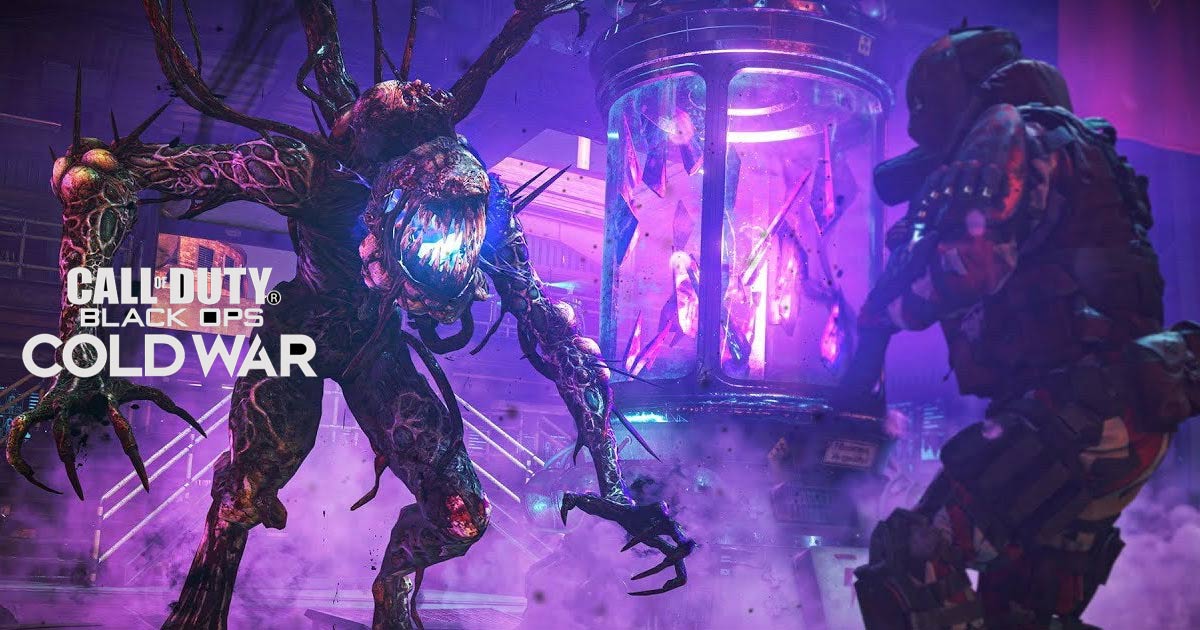 The Zombies Outbreak in CoD: Black Ops Cold War drops on February 25th and is set in the largest map in CoD history

Call of Duty: Black Ops Cold War Season 2 will see the introduction of the Zombies Outbreak. This new mode is set on the game’s largest map on offer till date. It releases on February 25th.

The Zombies Outbreak is an objective-based cooperative PvE mode involving teams with four operators each. The mode consists of five assignments, ranging from hunting down elites (Eliminate) to a slow-paced, payload-type mission (Escort).

Welcome to a massive new Zombies experience like you’ve never seen before.💀

Teams can choose to cash out after finishing the job, or take a portal to another region for more gains. A large map naturally translates into more vehicles for gamers to spread the gameplay evenly throughout.

Players will get two new Aetherium Crystal types: Refined and Flawless in this release. The developer has put these in place to enable players to upgrade.

These upgrades include their field upgrades, weapon classes, ammo mods and other perks permanently. Developer Treyarch has assured players of providing additional information about various progressions later this week.

Once players complete their stipulated missions and win both offer large XP rewards gets them three types of Aetherium Crystals:

The Ural Mountains of Russia form the base for this new map. Players can find their missions spread across multiple locations in this region.

Players can maximize their spoils with Outbreak allowing them to explore the zombie-infested regions. Treyarch mentioned that teamwork and coordination will be the key to complete missions.

Apart from exploring the various Russian regions and finishing off zombies, players need to assist Requiem’s other divisions in successfully completing their missions. This is because Requiem is the most elite strike team in this mode.

Players will recall that a traditional Call of Duty: Zombies Outbreak mission begins with a Requiem strike team entering one of the regions in a helicopter. The game provides a custom starting weapon and Field Upgrade to Operators for all missions.

A waypoint in the overworld marks the location of Requiem’s primary research objective with a star. This feature also appears on the main map and mini-map.

Players can use the Dark Aether to enter rifts into other regions and help others achieve their tasks at hand. They can do so only once these targets are accomplished.