Call of Duty: Mobile adds Attack of the Undead 20 Mode 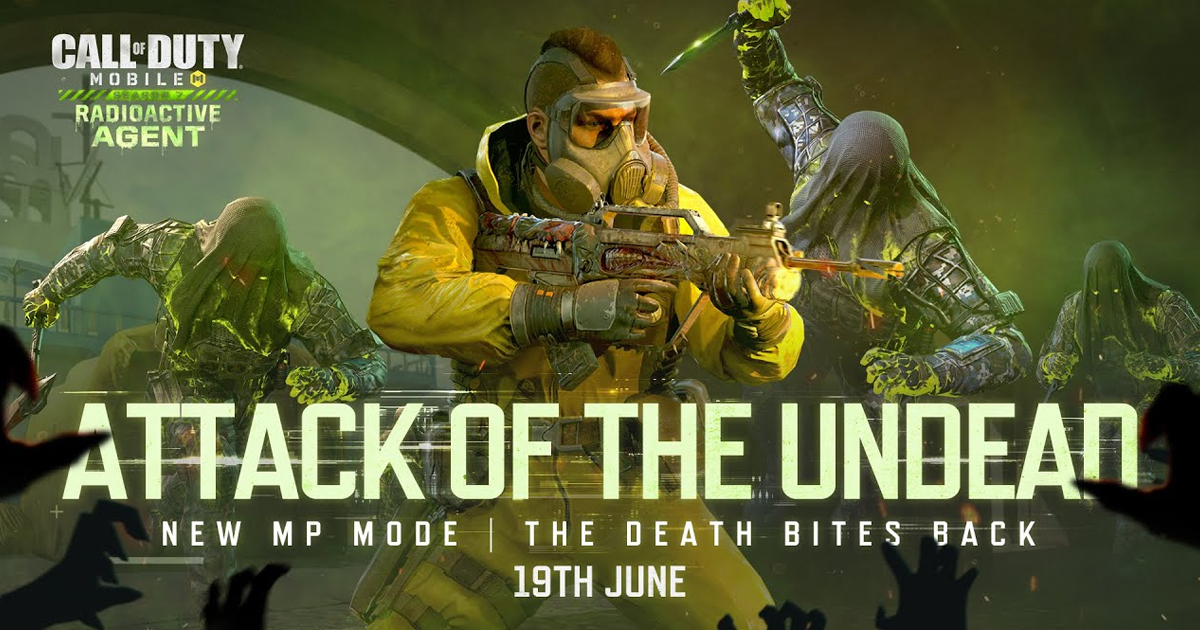 Call of Duty: Mobile has added the Attack of the Undead 20 mode, which will be available to gamers till February 26th

The Attack of the Undead mode is back in Call of Duty: Mobile featuring 20 players this time around. this new mode will last until February 26, 2021.

All You Need to Know About Attack of the Undead

Call on Duty (COD) Mobile is gaining huge popularity across the world. Thanks to the vast arsenal of weapons, amazing in-game modes and many other features. One of the most interesting modes in the online game is the Attack of the Undead that features 20 players instead of 10.

Do You Like the new Attack Of The Undead Mode? 🤔 pic.twitter.com/zGF4b2c8vF

It is important to know that this is an updated version of the previous series. Subsequently, the game starts with 20 players. At its beginning, 2 random players turn into the undead and begin to attack other players. These two players can use their guns for turning others into the undead.

Call of Duty Players that are killed by undead also convert to undead with an axe and a knife. These are only weapons for them. The objective of the undead is to kill existing survivors till the time runs out.

In contrast, survivors have the band together that will prevent them from getting killed by the undead.

This action-packed and intense gaming mode has become more interesting for online gamers due to more number of players. To kill survivors, an axe can be thrown whereas a knife is used for the close-ranged fight.

You May Also Like :  Tips to Improve Chances of Winning in Free Fire

The undead players in this Call of Duty mode reappear for infinite time and survivors can turn to the undead in case they die.

The main aim of the survivor is to survive till time runs out. In case only one survivor remains, it will receive a “Death Machine” gun besides extra health that helps in holding 19 undead players who will try to kill him.

The online match ends when players have converted into undead or if players successfully stay alive the attack as the timer runs out. The undead and survivor players will be given many perks. This will help them to achieve their objective.

This can be collected soon after killing undead and these perks are:

The skill of undead operators enables them to move quicker with silent footsteps.

How to Play Attack of the Undead 20 Mode?

With this new online game mode, The Undertakers Storm: Swarm is also an event where players complete their mission to earn different in-game rewards such as calling cards, gun skins, etc.