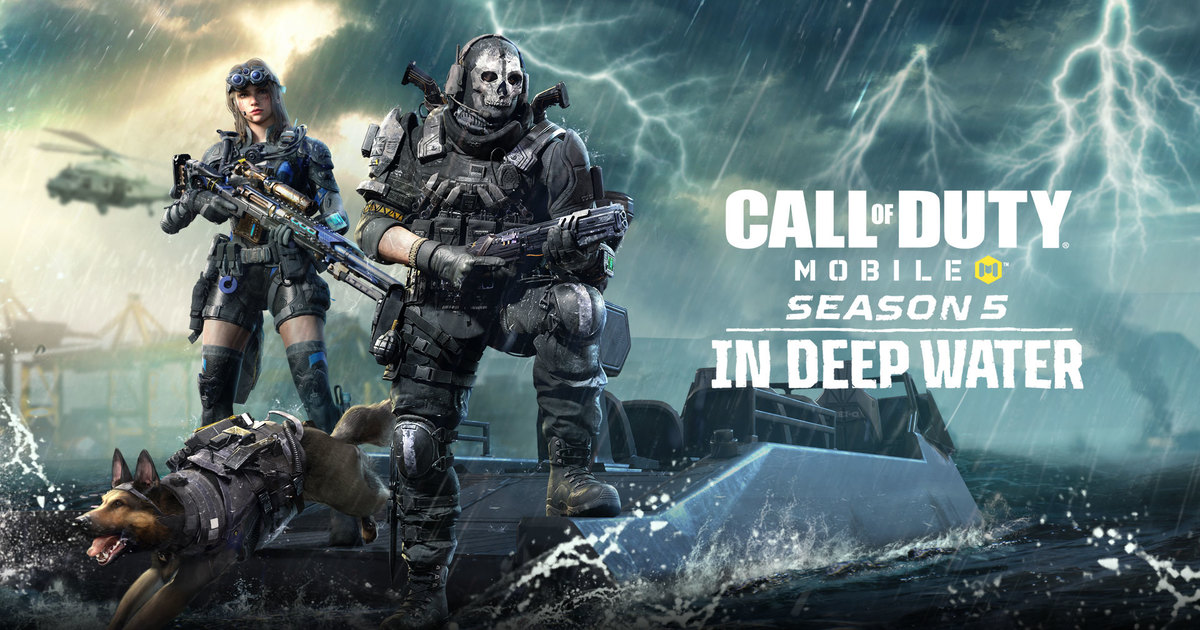 Call of Duty: Mobile’s season 5 is now live and it’s called In Deep Water. It introduces a number of new features to the game, including three maps, two modes, weapons, and more.

The new update comes with three new Multiplayer maps, the Sea of Steel limited-time event and a brand-new Battle Pass, among other attractions.

Gamers get to prepare for a fresh shipment of free and premium content in the Season 5 Battle Pass. It features new ocean-ready Operators, a new functional weapon, Weapon Blueprints, Calling Cards, Charms, Call of Duty Points (CP), and more.

Gamers get to purchase the Battle Pass for the chance to earn all of the content available in the In Deep Water stream. They can grab Merrick and Rorke – Man Hunter from Call of Duty: Ghosts, as well as Otter — Backstroke and Roze — Foreshadow.

You May Also Like :  Ground Fall limited-time event comes to CoD Warzone Season 4

Intimidate your enemies with new Weapon Blueprints like the Ghost-themed BK57 — Counter Stealth Unit and the QXR — Close Catch. Also on offer are the DR-H — Rebreather, CR-56 AMAX, and the PP19 Bizon — Devilfish.