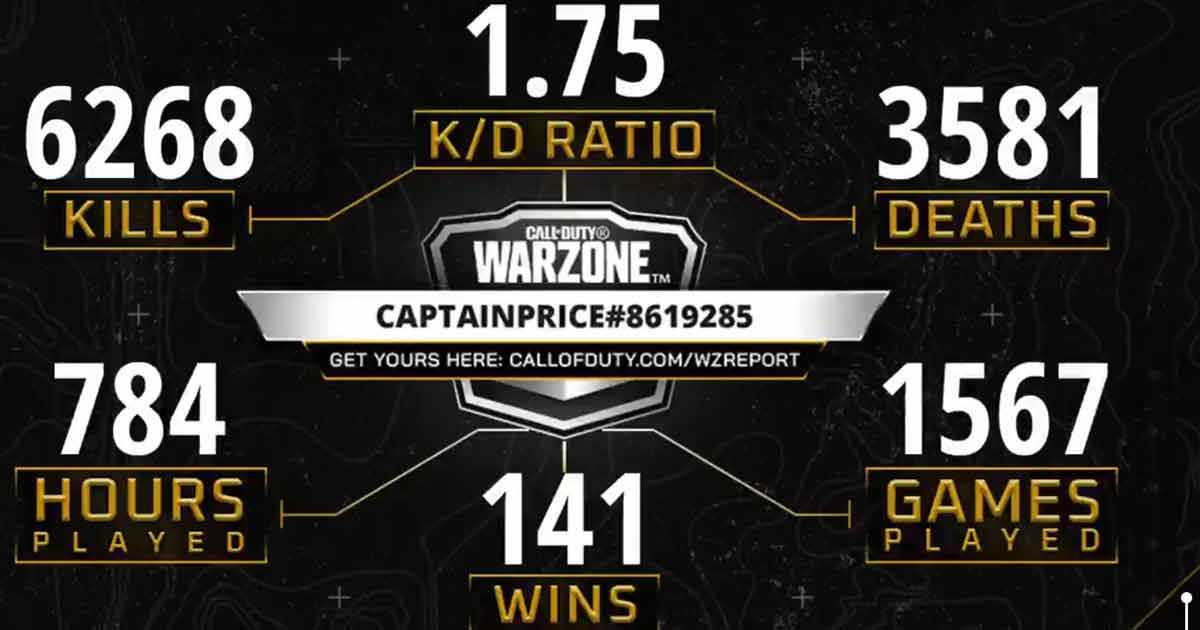 On the eve of the first anniversary of the Call of Duty: Warzone release, this popular battle royale title is keeping this a low-key affair. Players can now check their stats with the new Warzone Report.

The authorized CoD Twitter account of Call of Duty: Warzone is posting customized images to celebrate the anniversary. This features statics of players today. Also, you can get it for yourself.

How to Check the Custom-Made Stat Reports?

So, on one hand where players are wondering what could be coming to the official Twitter account of Call of Duty: Warzone, the report benefits with different features.

You May Also Like :  Valve eying Alternative Venue for The International 10 Championships

Featured players can check in the report includes states over the past year. In reply to the post for the Activision account of the player, name or number generates a chart that shows kill/death ratio, total hours played, and wins, in addition to a couple of other stats relating to those figures.

One year of Warzone. Countless matches.

Celebrate the first year of dropping in by showing off your @CallofDuty #WarzoneReport. Tap below and tell us your Gamertag to earn your bragging rights.

This information is readily available on a couple of sites, and in-game. The Warzone’s report gives players a simple yet clear image in a neat tidy package to spam out their brag and squadmates with ease.

Players must think before tweeting. It depends on whether a player wants to see the statistics of all your friends.

The rumors and supposed leaks show that change is coming soon where Verdansk may get nuked. This will pave way for a new map finally.