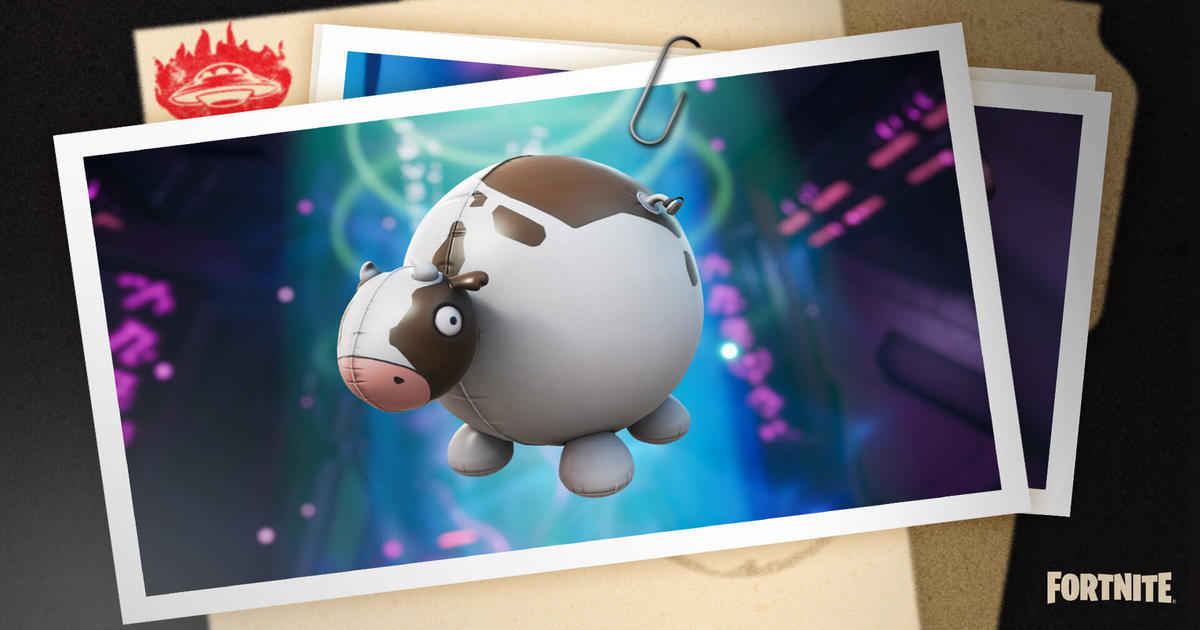 Fortnite fans now have two additions to the Hot Saucers mailing list: The Inflate-A-Bull device and the Holly Hatchery, as part of the v17.10 Hotfix

Almost a month into the Fortnite v17.10 Hotfix, we now have two additions to the Hot Saucers mailing list. Knowing that cattle are an Alien abduction favourite, the Imagined Order moved to create a cow disguise they could use in a surprise attack against the invaders. It is an evasion device they admiringly call the Inflate-A-Bull.

Games can have the Inflate-A-Bull on their back to enhance their alien combat experience. They can inflate it to bounce or roll away from a dangerous situation.

Players can also inflate it to squash a Parasite that’s attached to them, if they’re not looking for its help. The “Bull” may attract the attention of Saucers when inflated, but its evasive advantages are worth it.

Players must remember that the Inflate-A-Bull is not invincible. It will pop if it gets shot. However, a player will certainly be protected from the shot. Once popped, it takes a while to self-repair and become available for use again.

If gamers decide to deflate it themselves manually, it’ll be ready for use again in much less time. Like the Recon Scanner, this invention is now part of IO Chests and normal Chests. Players can track how much more they can use one with its usage bar. Rolling downhill with an Inflate-A-Bull is faster than just running downhill.

After the Aliens made residence at Holly Hedges last week, their biomes are continuing to cover the neighborhood. But their settling in doesn’t stop there. They’ve begun nurturing Parasites at the location, so much so they now refer to it as “Holly Hatchery.”

Players looking for a boost in speed or more pep in their step can benefit from this. It is a reliable place to get these Parasite-provided powers. However, gamers must look out for the Aliens’ guards protecting the streets.