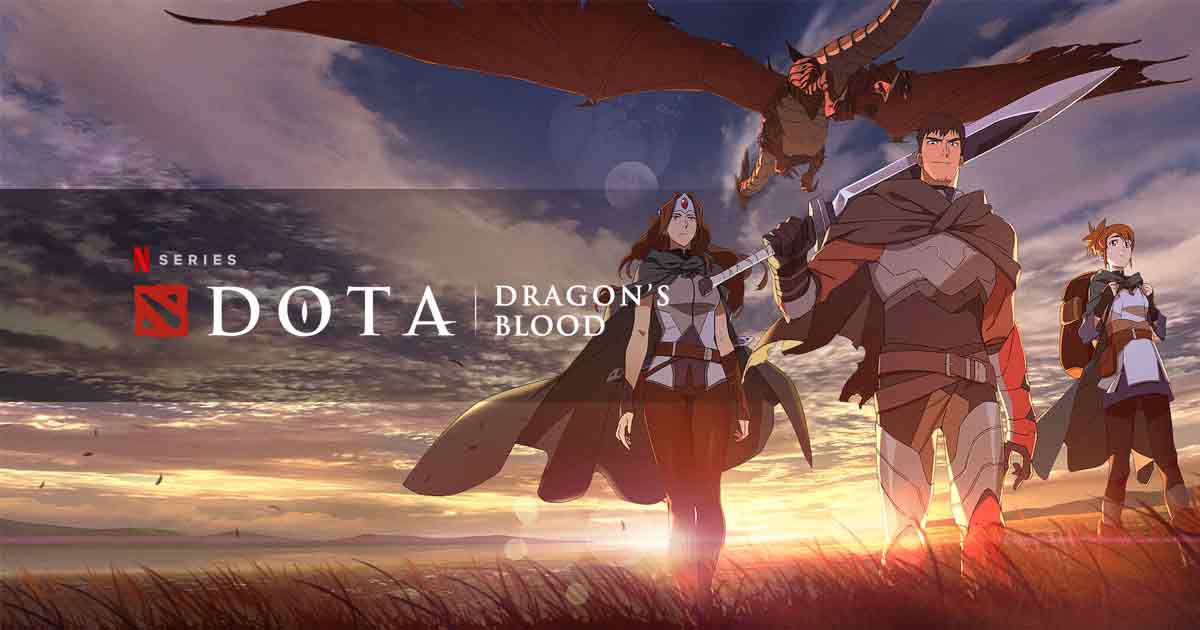 Netflix is betting big on its upcoming Dota 2-based anime series DOTA: Dragon’s Blood. The OTT giant has released a short video across its NX Twitter account and Anime YouTube channel on the same.

The video intends to inform existing, new and erstwhile Dota 2 fans of the anime slated for release on March 25. The aim of the video is to concise almost 18 years of Dota 2 lore into a few minutes and create excitement among viewers. The makers want DOTA: Dragon’s Blood to be a resounding success.

Jake Kanner is a renowned Dota 2 host and content creator for the game. He has been airing regular Dota 2 tutorials online and wants the anime series to a great start.

if you’re a brand new DOTA fan (or a seasoned veteran who needs to brush up on their lore), catch up on this incredible story that’s eighteen years in the making. pic.twitter.com/wsRVQ2qok5

Slacks had earlier stated that the idea of a lore video is to cover all aspects of the upcoming series. Such a video needs to make players and viewers excited enough to learn more about the game. He has planned a community-made tutorial to aid his cause.

You May Also Like :  SuperGaming Announces Indus, its Upcoming Battle Royale Title

More about the Netflix video

The featured video cuts the chase and provides crisp to-the-point information about the Dota 2 series. It explains the core of Dota’s main plot and everything that materialized in the epic battle-hardened game.

Without engaging into theatrics, the Netflix video provides just enough dope to lay the larger groundwork of the Dota 2 universe. The information does not delve too deep in the storyline.

Importantly, it has more than a passing mention of the importance of Davion. The story of this Dragon Knight will unfold in the game’s subsequent seasons.

This anime series based on Dota 2 sees content creators and famous gaming identities coming together and creating hype. A first-of-its-kind cross-promotion like this is sure to attract gamers and viewers towards both the game and the show.