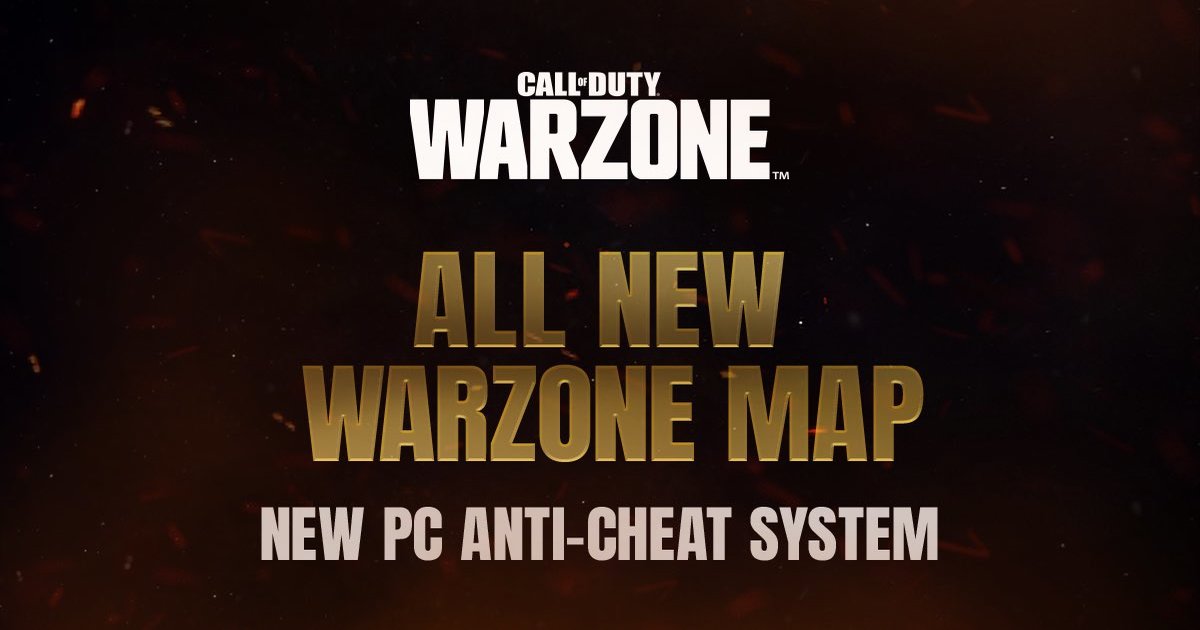 A new map and an anti-cheat system will arrive in CoD Warzone this year, prior to the launch of Vanguard, and will carry forward universal progression

CoD Warzone will be adding a brand-new main map later this year. Raven Software announced that a new PC anti-cheat system will feature across the entire Warzone experience, along with the new map.

CoD Warzone to get a fresh Map soon

Not taking away from existing gameplay experiences, Warzone will continue to honour players’ commitment, as universal progression will continue. This means that players of Modern Warfare, Black Ops Cold War, and Vanguard can look forward to the following:

You May Also Like :  New tank item, Anathema’s Chains coming to League of Legends PBE

Full integration between CoD Vanguard and Warzone will roll out when the new Warzone map launches later this year.

Breaking: #Warzone will integrate with #Vanguard later this year and feature:

CoD Vanguard and Warzone devs will be sharing free post-launch content, and a massive calendar of new maps, modes and playlists. Also, the shared resources include limited time and seasonal events, as well as community celebrations integrated between the two games.

The future of CoD will certainly be the most connected Call of Duty experience ever. Raven Software will share further information on Vanguard and Warzone, as well as information on the new anti-cheat system, in the coming weeks prior to Vanguard’s launch.