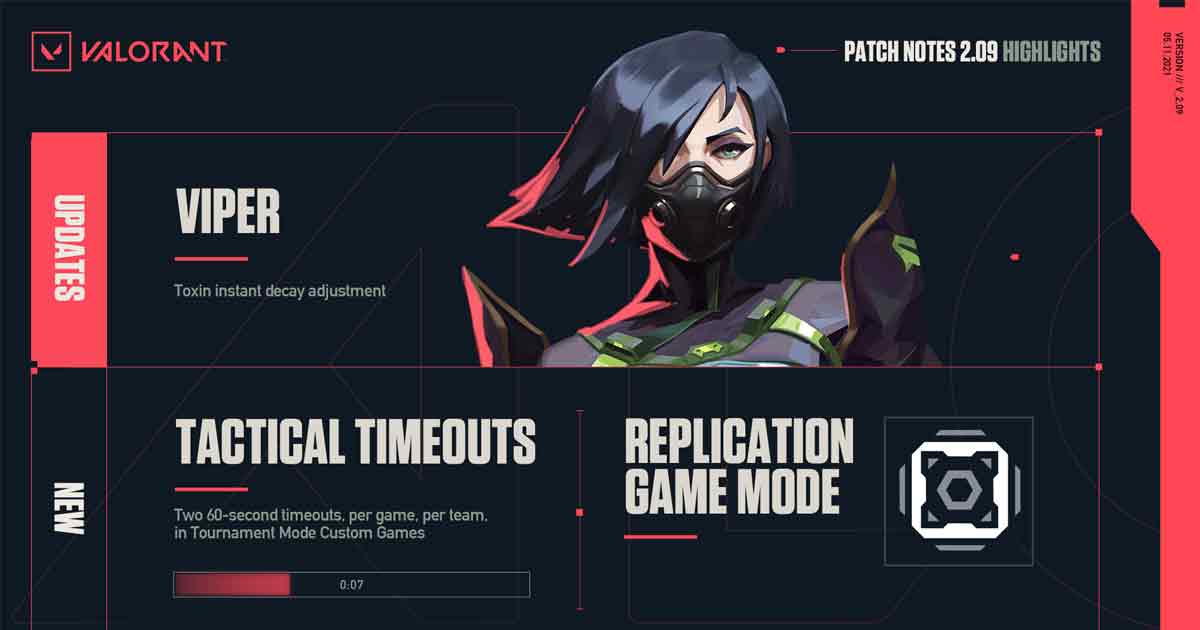 Riot Games will launch the most awaited game mode “Replication” in Valorant through the 2.09 Patch update to replace the Escalation Mode

Riot Games will launch the most awaited game mode “Replication” in Valorant through the 2.09 Patch update. This mode will see players from both sides compete in a ‘best of 9 rounds’ format where each team would have the same set of agents.

The latter has been inspired by League Of Legends’ ‘One for all’ game mode, a title owned by Riot.

Replication will go on to replace the game mode ‘Escalation’ and will be available on the playlist for a 2-week period until Riot comes up with a new idea.

Alongside Escalation, Viper too will be getting a nerf which reduces her Passive Toxin. This means the Instant decay damage goes down from 50 to 30.

As gamers tune the numbers on Toxin, Riot hopes to maximize the depth of gameplay around her smoke. This, while maintaining the overall advantage it provides Viper.

Before the last change, enemies tended to disregard and simply push through the smoke. However, with instant decay at 50, players have seen it swing far in the other direction.

You May Also Like :  Apex Legends Season 12 Defiance: Schedule and More

With the above change, Riot Games hopes to find a balance point where opponents feel that with the proper coordination and utility usage. This means they can break through her smoke.

Viper players will now attempt to stay a step ahead. Also, she can counter the enemy’s plans to capitalize on the opening her debuffs apply.

Riot believes in this tuning, along with the bullet damage breakpoints of the available guns the Riot Developers plan to maximise her decay’s power when both sides are on full buys.

They will remove some of the more outsized effects it had at 50. These include the one shot kill combination with the Marshal and its impact in pistol-versus-pistol.