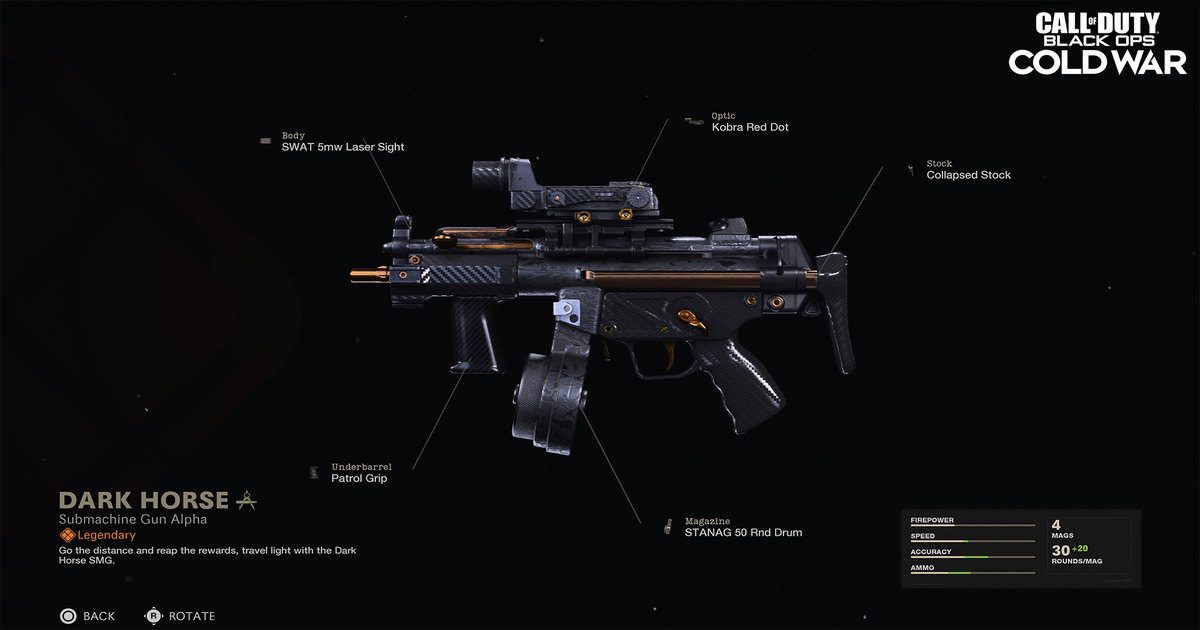 The Dark Horse SMG is a Legendary blueprint variant of the base weapon MP5. It is one of the SMGs featured in Call of Duty Warzone and now in CoD Mobile. Players can unlock this at the cost of two Prestige Keys.

Activision had initially released the Dark Horse blueprint in Season 4 of Black Ops. Gamers could unlock this weapon at Prestige Shop at the price of three Keys.

To go along with this week’s Multiplayer theme, Activision has made a recommended Multiplayer loadout for the Dark Horse SMG. This loadout is ideal for run-and-gun Operators who prefer aggressive tactics over passive play.

Is this the dark horse SMG of season 9? Check it out in my latest video 👉 #CODMobile_Partnerhttps://t.co/tIDmfy4Xda pic.twitter.com/FQN3TfoBgB

This primary weapon is a veritable bullet hose. It is a critical Weapon Blueprint, which features a massive STANAG 50 Round Drum and a SWAT 5mw Laser Sight. These come together to provide highly accurate and suppressive hip fire.

You May Also Like :  Riot Games has launched patch 2.2a update for Wild Rift

Players can add on their favorite shotgun for extra short-range firepower and stick close to the enemies.

With Perk Greed, the Dark Horse SMG features six abilities in totality. Players must remember that the Flak Jacket and Tactical Mask are essential for surviving Equipment-based attacks. Also, Scavenger and Tracker will keep them stocked while hunting down enemy footprints.

In order to get up close to the enemies without being heard, players need to finish with Ninja and Spycraft. This helps them avoid interruption by enemy deployables.

As for the Field Upgrade, the Jammer comes in handy for disorienting enemies and offering a zone of control for close-quarters battles.