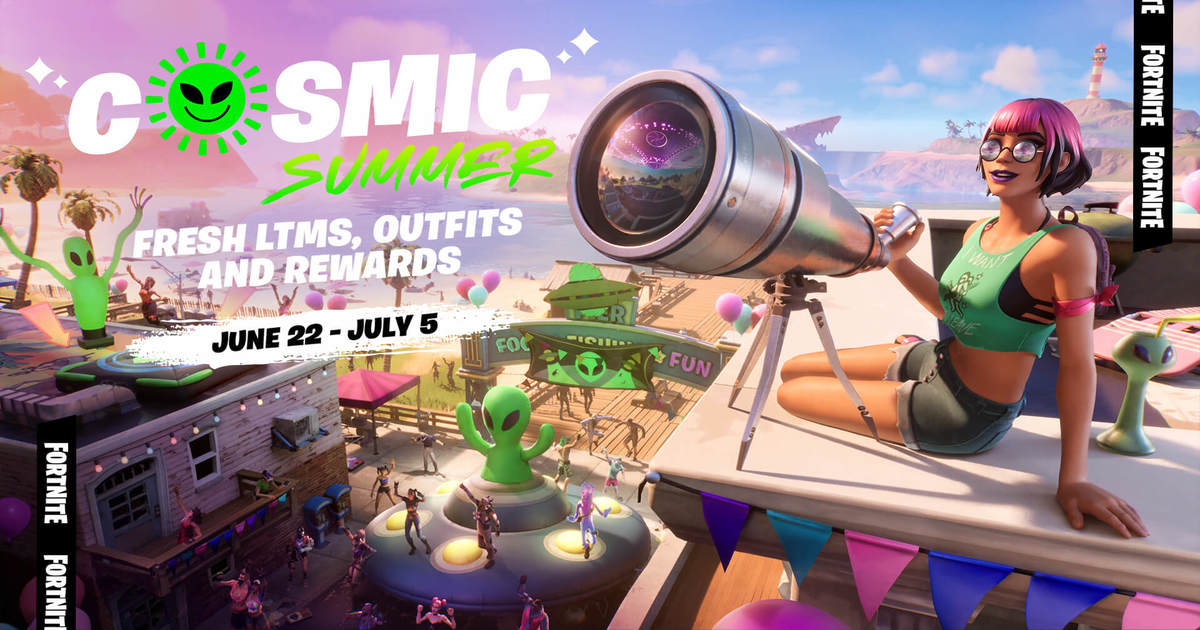 Fortnite’s current UFO-themed season has launched an “out-of-the-world celebration” for the summer and it should be a cosmic blast, according to developer Epic Games.

Until July 5, players of the battle royale game can compete for Cosmic Summer rewards, including some that are aviation or space-themed.

They can participate in creative limited-time modes (LTMs), pick up summer outfits in the game shop, and try to use “abductor” spaceships that can really change up the match.

Creative LTMs on offer in Fortnite

To enter the LTMs, select the match type you want from the home screen of Fortnite. Your LTM options to complete the Cosmic Summer Quests include:

You May Also Like :  The Confrontation Assault Rifle arrives in CoD Season Four Reloaded