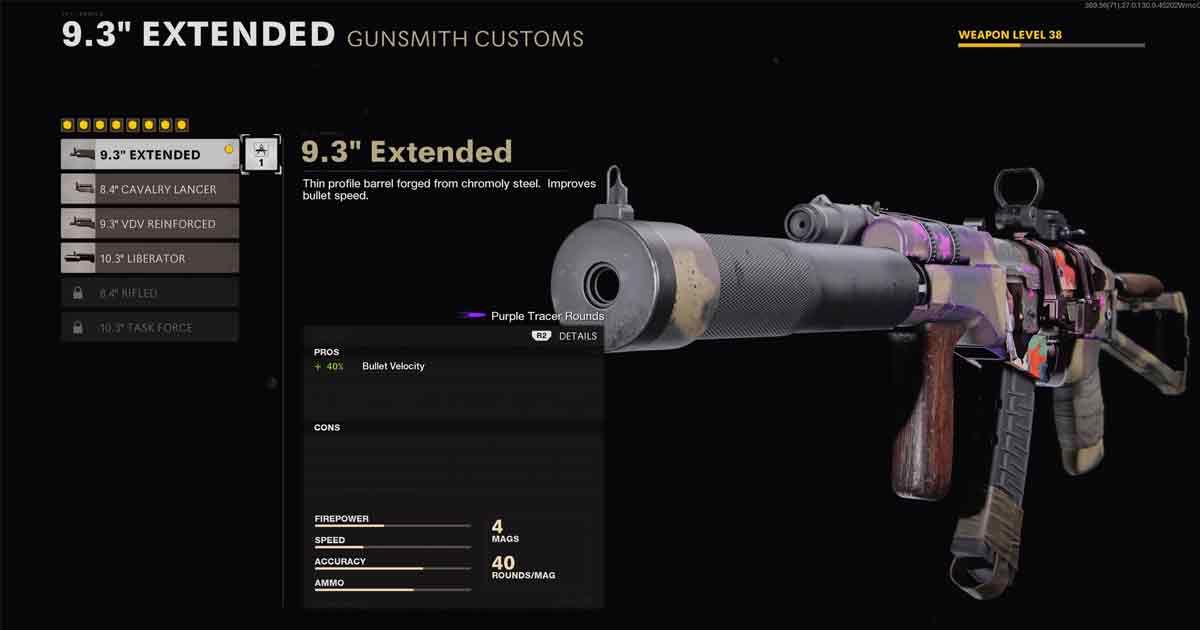 The Gunsmith Weapon Blueprint joins the CoD Angels & Demons Anime Reactive Bundle, and it comes with the 21.8 Cavalry Lancer Barrel

CoD gets the Gunsmith Weapon Blueprint

Gamers can own this bundle for themselves after earning 12 kills in Multiplayer or Warzone. Alternatively, the bundle is up for grabs after they get 200 kills in Zombies.

This is not the only weapon included in this bundle. As for every Fallen Angel, there is a Legendary “Divine Blossom”, which players can use to shoot from a height.

This configuration is quite impressive for aggressive sniping. The Tiger Team Barrel significantly boosts Damage and Fire Rate.

Also, the Airborne Elastic Wrap has the best Aim Down Sight (ADS) speed reduction out of all Handles. Adding to the thrill, the CQB Pad gives great Sprint to Fire buffs.

The aforementioned configuration does appear highly capable of large-scale damage. However, CoD developers want to highlight a hidden gem of an attachment for this weapon for gamers to consider. It is the 21.8 Cavalry Lancer Barrel.

With this Barrel attachment, this semi-automatic sniper rifle’s damage to vehicles increases five-fold. This aptly makes it deal over 800 damage per hit against vehicles or Scorestreaks.

This makes the weapon highly effective in an “anti-Scorestreak” loadout. CoD developers have always recommended for elite Operators to have in one of their 10 slots.

Gamers can pair this with a Launcher and the Engineer Perk. By doing this, they can become the squad’s saviour against powerful offensive and support Scorestreaks. These include the Attack Helicopter, H.A.R.P. and the small, yet valuable, Spy Planes and Counter Spy Planes.