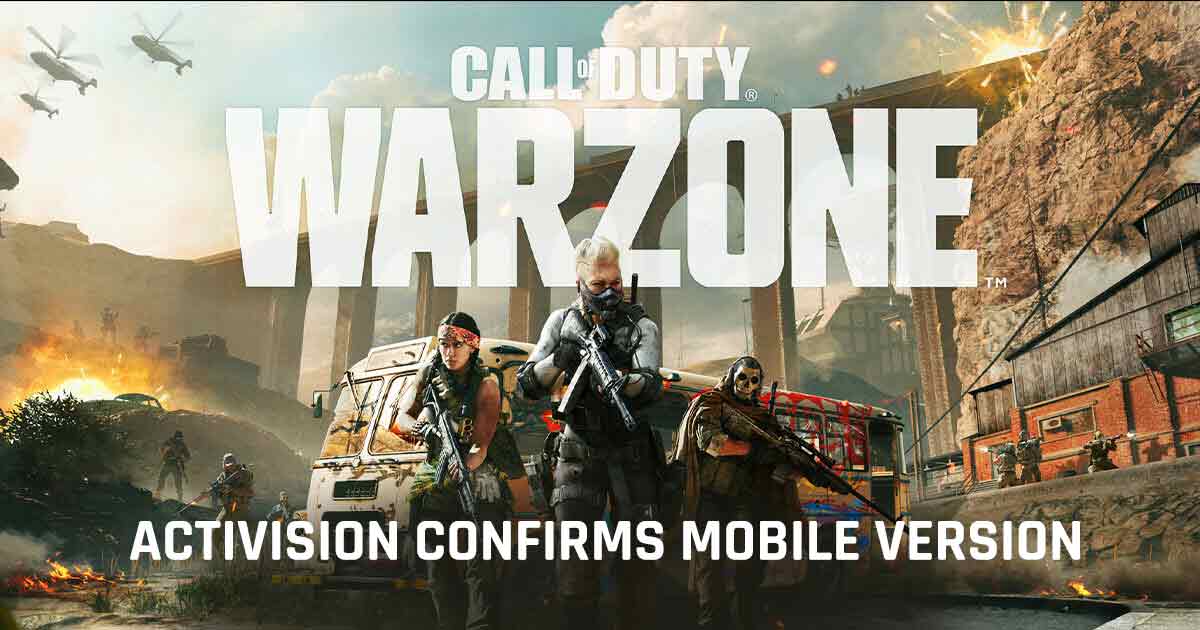 Activision has confirmed about careers available at the company that Call of Duty: Warzone is in development for mobile devices

Activision appears to have re-confirmed in a new social post about careers available at the company that Call of Duty: Warzone is in development for mobile devices including iOS and Android.

The company posted a message last week on their social media page regarding Mobile job listings available within the company. This message appears to confirm that Call of Duty: Warzone is in development for mobile devices.

“Activision Mobile has put up new roles! We are strongly focussing on Live Operations and content expansion across CoD Mobile and Warzone,” says the message posted on the company’s social media page.

Activision said that all developer teams are focussing on the mobile needs. The focus is on all major disciplines. These include production, engineering, art, design, and marketing.

This is not the first time that Activision has mentioned Call of Duty: Warzone being in development for mobile devices.

The Operators teased so far will be coming to Black Ops Cold War, Warzone, and Call of Duty: Mobile. pic.twitter.com/BjPAvHpjMO

In September 2020, Activision posted a job listing for “Executive Producer, Mobile” which stated that this person would work to bring “Warzone’s features” to mobile devices.

You May Also Like :  Valorant’s Patch 2.05 Updates get Bug Fixes, better AFK Detection

The job listings specifically said that this role would be focused on how to “harvest, adapt and deliver the essential features from Warzone console and PC into their best mobile instantiation.” After the listing was widely reported on, Activision deleted it from their site.

Back in March 2021, Activision sent out a survey about Call of Duty: Mobile. It had references to Warzone and Verdansk coming to the mobile game.

The company’s executives confirmed they are focused on mobile games alongside their console & PC development. Activision Blizzard CEO Bobby Kotick mentioned this during the company’s May 4th investor call.

He said that they want to expand their player base to over 1 billion players. Mobile games are certainly a part of that approach.