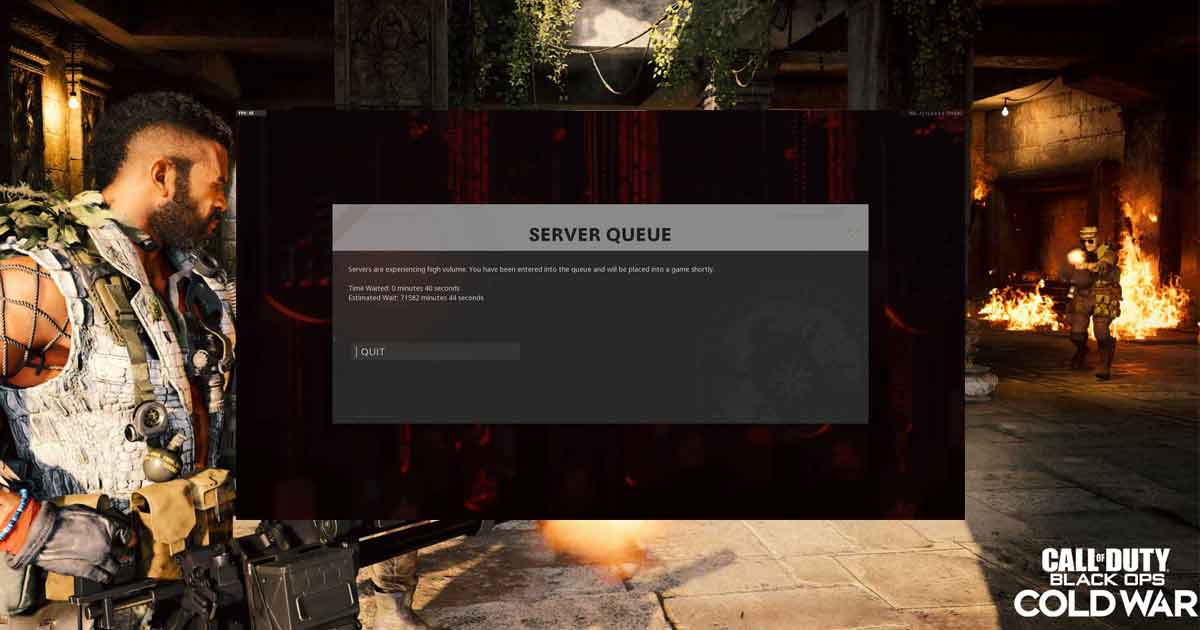 Call of Duty players have not had a bright start to their day today. There have been several complaints from both CoD Black Ops Cold War and Warzone players about persistent server lag issues. Also, gamers have been witnessing long login queues since morning.

The issue has been raging all throughout today morning and early afternoon. Many players have complained of being hit with a login queue in both CoD: Black Ops Cold War and Warzone.

While this appears to be a major glitch, many players have been unable to connect with the game altogether.

Server issues (login queues): Yes, our teams are aware and we are working to resolve and stabilize. No ETAs to share at this time.

With things getting out of hand rapidly, Josh Torres, community manager at Treyarch, admitted to being aware of both the issues. He however, offered no further information about remedial steps underway at the time.

“Yes, our teams are aware and we are working to resolve and stabilize,” Torres said. “No ETAs to share at this time.”

The Rapid Fire mode comprises TDM, Domination, Kill Confirmed and Hardpoint. Gamers can play this mode on the game’s smallest 6-vs-6 maps of Apocalypse, Nuketown ’84, Crossroads Strike, Raid, Express and Garrison. Also, the developer fixed many stability issues across the modes.

Fans of the game would have been eagerly waiting to get their hands on all that’s new. Today’s issues however, will surely dampen gamer excitement to an extent.

Raven Software, which is CoD Warzone’s main developer, has not commented on the server issues just yet. It seems like players may have to hang on in their current predicament for a bit before the games are fully operational again.