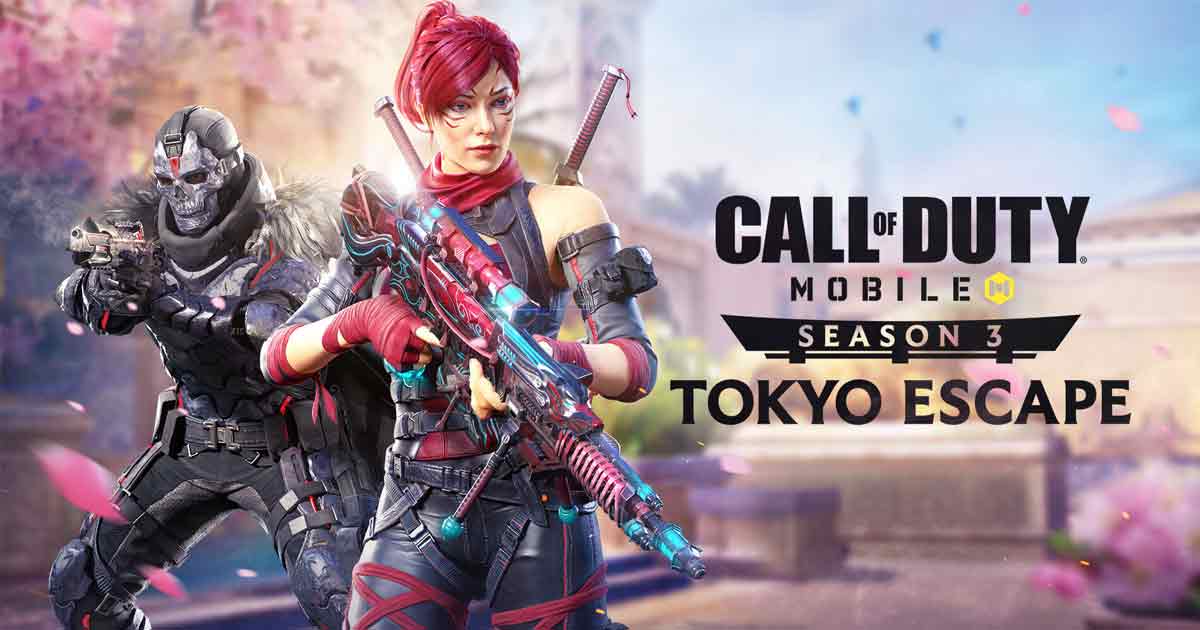 CoD Mobile Season 3 is all set to hit the floor. Players battle it out in Japan, with new Multiplayer Maps, new modes and the Tokyo Escape Battle Pass

The third season of CoD Mobile is all set to take place in Tokyo, Japan. Christened as Tokyo Escape, the latest season will introduce an all-new battle pass, new Multiplayer maps and new game modes.

Other free tier items include the Samurai Tuna Charm, the Samurai Chop Calling Card and the Severed camo series among others.

On purchasing this Battle Pass, players get a chance to earn all of the content available in the Tokyo Escape stream. This unlocks the new Operator, Hidora Kai (The Boss), right at Tier 1.

The target is set – We’re going to Japan.

Gamers also get to unlock the Type 25 ‘Oni’, the Showdown Calling Card and the Hannya Charm. Constant progression through the tiers earns players CoD Points, the Card Armor camo series and the Way of the Sword emote.

You May Also Like :  Wild Rift Wild Pass S2 is now live in patch 2.4 update: All the details here

The new Season adds two new maps: Oasis and Coastal in the Multiplayer map rotation. Oasis was initially introduced in Call of Duty: Modern Warfare 3 and is set in a luxurious desert hotel.

This medium sized map challenges Operators to battle it out across the hotel courtyard, spa and parking lot, using every opportunity to outflank and outsmart opponents.

Coastal is a brand new map set in a cozy sea town. This map boasts of clear skies and perfect weather for competition. Players have to fight outdoors across broad, paved lanes, or weave through the map’s indoor locations on their way to the next target.

Gamers have to take out enemies for a boost to their movement and attack speed. They will be fighting for the Shadow Blade Operator Skill when it airdrops onto the map.

Battery-charged night vision goggles will be available in the updated Night Modes. This enables players to land their kills when the light’s still on. Once done, then can slink away during the time for a recharge.