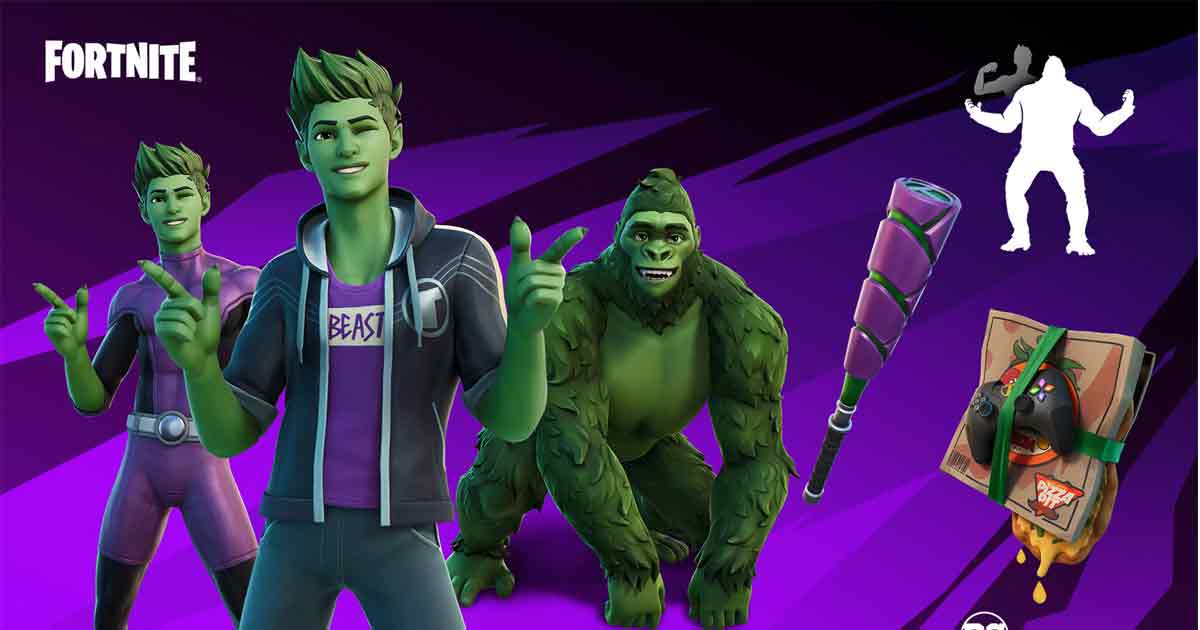 The Teen Titans’ Beast Boy arrives in Fortnite this week as part of Chapter 2 Season 6. He comes with a premium skin and other bling to complement the game’s “Primal”-themed season 6.

Beast Boy is the second character from DC’s post-pubescent ensemble to hit the Battle Royale. He joins Raven, whose costume debuted in the game in mid-April.

Starting Thursday, May 13, players can find Beast Boy in the Fortnite Item Shop. He comes with a premium outfit, a gorilla emote, a Bonk Bat pickaxe, and Back Bling.

Players can use Beast Boy’s built-in Go Ape Emote to transform into his Gorilla Form. This is perfect for roaming among the Island’s Wolves, Boars, and Raptors.

A new Beast Boy skin has been announced for Fortnite. pic.twitter.com/7x0szy7WVx

Also, gamers get to drop into battle in casual fashion with the Outfit’s Garfield Logan Style. The Outfit, Couch Titan Back Bling, and BB’s Beast Bat Pickaxe will be available individually or as part of the Beast Boy Bundle.

In case players want to reunite Beast Boy and Raven early, they can compete in the Teen Titans Cup. It is a Duos tournament, starting on May 12.

You May Also Like :  Wild Rift Prices to undergo changes Next Month, Bonus Currency doubled

It will give them the opportunity to unlock the Beast Boy Outfit and Couch Titan Back Bling before they arrive in the Item Shop.

These rewards are special items for this tournament. However, gamers need to note that it may take up to a few days to receive the Spray after participating.

Fortnite players can play up to 10 matches in their region’s three-hour time window. The specific timing for each region can currently be found in the Compete tab in-game.

To participate in the Teen Titans Cup, players must have Two-Factor Authentication enabled on their Epic account. Also, they must be at account level 30 or above.