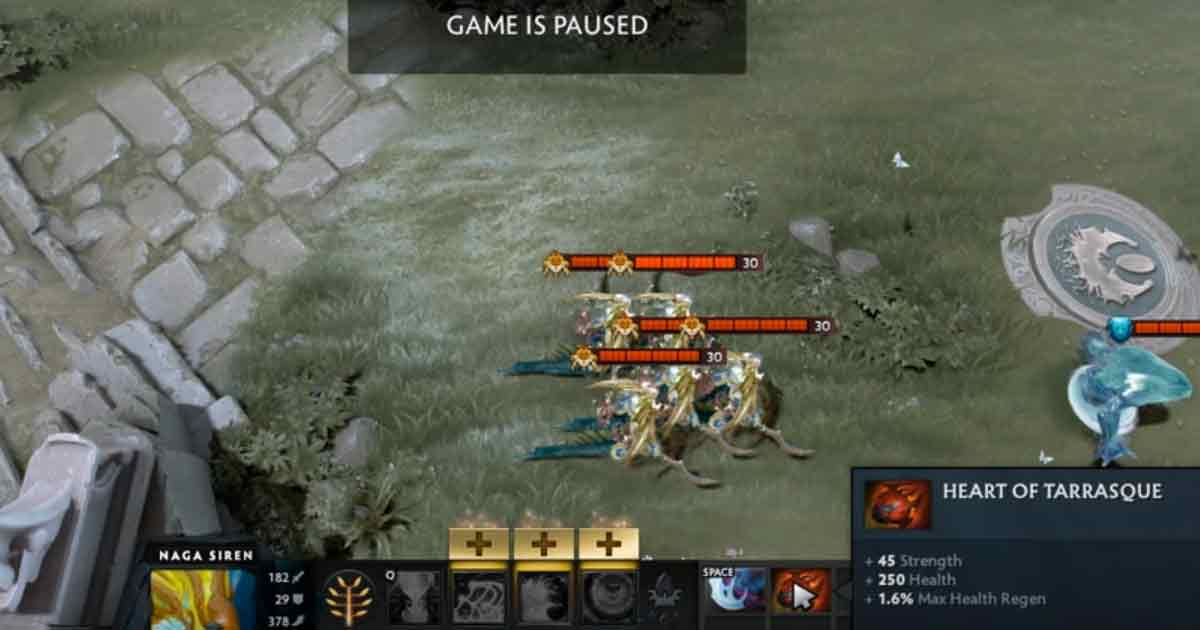 For quite a few days, multiple bugs have kept Dota 2 players busy, creating peculiar in-game conditions. While the previous bug allowed players to control enemies and tame Roshan, a new bug has found its way in the game. It allows Dota 2 players to actually determine the real hero among its illusions in the case of every hero.

Players can exploit this bug in 10 seconds from the time the illusions are created by that very hero. To achieve this, players need to sail over any of its items and discover the bug.

If a gamer places his cursor on any of the illusions, the item will read ‘Can be Disassembled’. The catch here is that if a player drags his cursor on the real hero, they will not see this particular message. Any hero can exploit this glitch by hovering over an equipped item.

Thus, the bug works on heroes like Phantom Lancer, Naga Siren, and Terrorblade that can create illusions naturally. Gamers can also exploit it for heroes building a Manta Style or having an Illusionist’s Cape as the neutral item.

It will even work for heroes spawning an illusion rune. If a player is confident that the illusion has been created in the last 10 seconds, they can easily discover the real hero.

There is an interesting observation to note here. This illusion bug works only when a player aims at an item in the six inventory slots or at the ones in the Backpack. If a player places his pointer on the enemy hero’s equipped Neutral item, the bug will not function.

This glitch is especially accessible in high MMR pubs. Here, players have comparatively higher mechanical skills and can rapidly judge the real hero. In-game admins in professional matches must remain vigilant. Players might want to exploit this bug without easily getting caught.