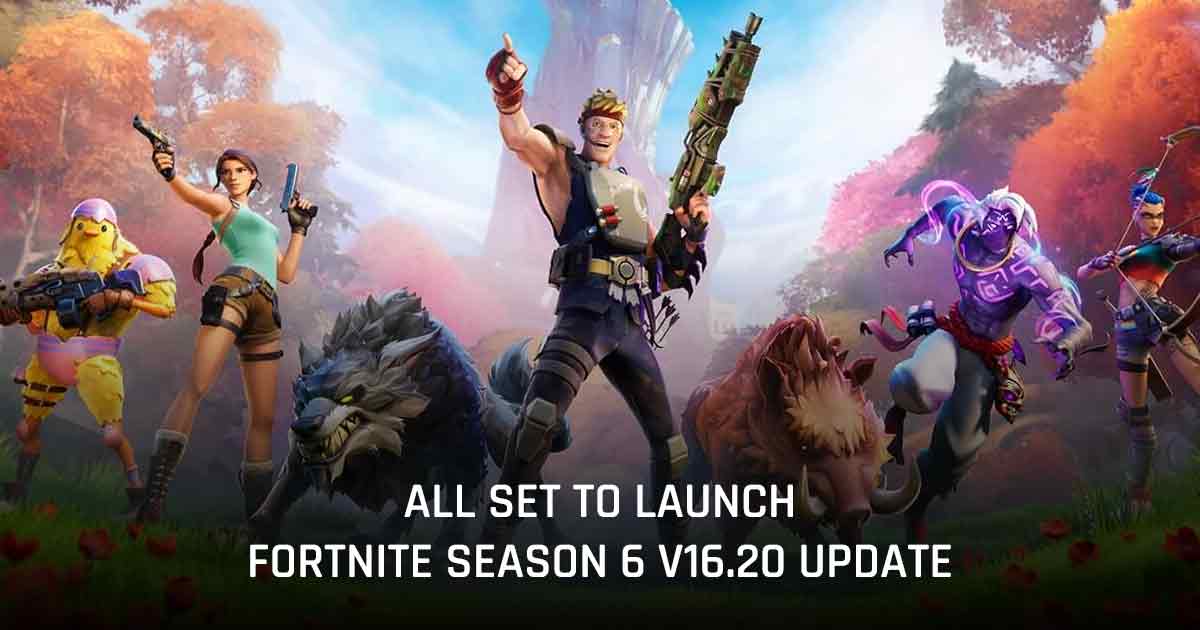 The Fortnite Season 6 v16.20 patch update is scheduled to release this week and fans can expect several much-anticipated bug fixes, along with new weapons

Fans of Fortnite can expect the Season 6 v16.20 patch update to go live this week. It seems Epic wants gamers to explore new content in a hurry!

Fortnite fans will remember that Epic Games had introduced patch v16.10 as recently as last week.

This has been one area where the Fortnite devs seem to be working overtime to upgrade the game. Epic Games has scheduled many new bug fixes in the v16.20 patch. These include a fix for an exploit that allows players to gain unlimited health/shield over the course of a match.

We expect to see v16.20 tomorrow or Wednesday

Here’s what we may see in the next Fortnite patch:https://t.co/22QUwxcVDP

Below the expected bug fixes in the v16.20 patch update:

There has been some leaked content in Fortnite recently, which could be heading to Fortnite in the coming weeks. The most likely addition to Fortnite in patch v16.20 would be the Unstable Bow. This is a rumored Exotic weapon that should be coming to Season 6, as per the recent patch.

New vehicles and weapon mods, along with additional crafting materials, also form part of leaks doing rounds. It’s still not confirmed if all or many of these leaks will materialize in patch v16.20. However, a calculated guess and going by past rumours, fans might get many of these items to explore.