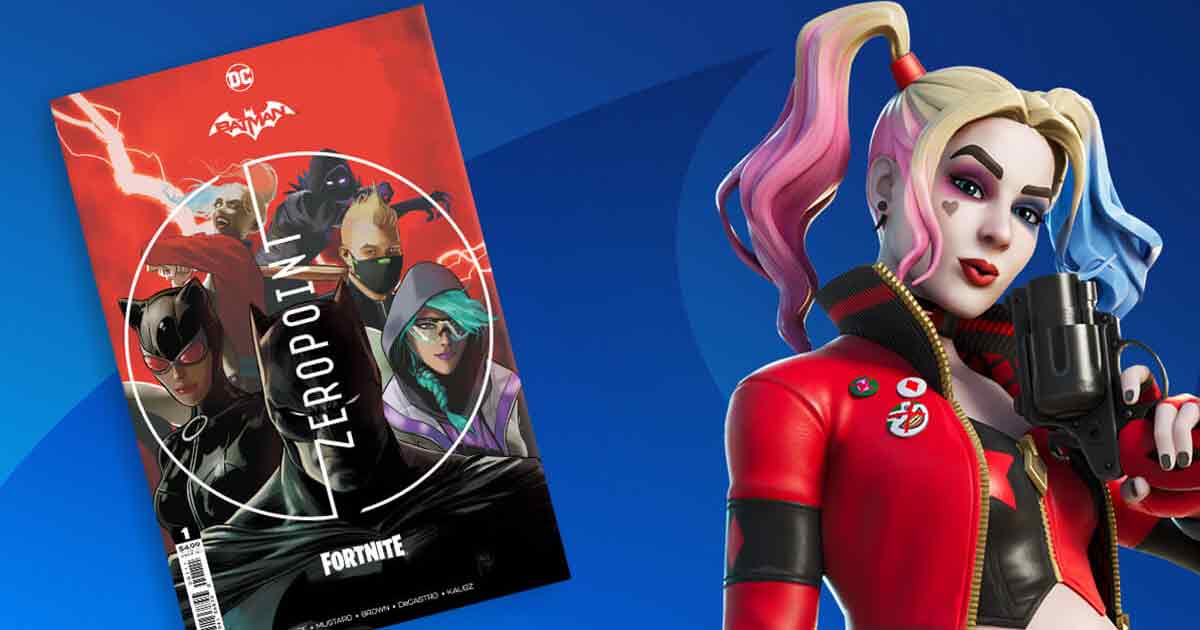 The Fortnite X Batman comic series will soon hit the floors and there are multiple bonus codes, skins and rewards for players to be won

For quite some time, Fortnite fans have teased The Batman X Fortnite comic series. There have been multiple releases, which brought clarity to both the comic and the future of the map.

As of now, numerous promotional materials for the comic have led fans to speculate that there will be a Batcave POI in Fortnite along with a Deathstroke skin.

ICYMI, anyone who purchases the Batman X Fortnite comics will receive exclusive codes for in-game cosmetics.

The first one will be Rebirth Harley Quinnhttps://t.co/HsB6zR6sgR

On April 14, Epic and DC finally announced that the comic series would begin releasing on April 20. Fortnite devs will release the following four issues twice a month in May and June, culminating in the final issue on July 6.

You May Also Like :  Why is Riot Games removing Season 3 Promotion Matches from Wild Rift

However, this will be a limited-edition series, being available for a short time. Players can expect some in-game rewards along with it.

The Epic Games team has announced that, “Each print issue of Batman/Fortnite: Zero Point will include a redeemable code for bonus DC-themed Fortnite digital items inspired by the events in the comic.” This was shared via an exclusive blog post.

The first of these exclusive rewards will be the Rebirth Harley Quinn Outfit. It will be a rework of the skin that many Fortnite players have already purchased.

Many Fortnite players have been demanding the re-release of this skin. With this series, Epic Games seems to have answered their hopes in the form of a new version.

Each issue will come with a cosmetic reward, which could be where the rumored Deathstroke skin comes in.

With this, it seems quite evident that these cosmetics will be exclusive to players who purchase the DC comics. This means they will not hit the Item Shop anytime soon.