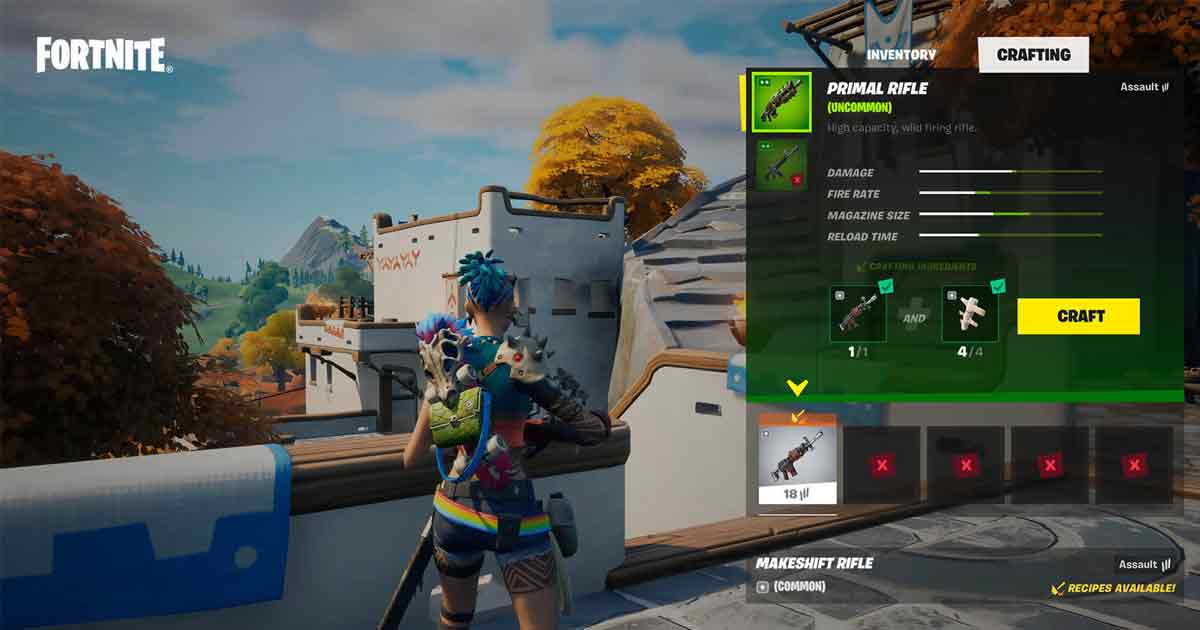 This feature is similar to the crafting system in Valheim and other similar multiplayer survival titles. This upgradation process makes a lot of sense for Fortnite gamers as its theme is quite conducive to such actions.

Fortnite has always allowed players to destroy objects and collect wood, brick, or metal to build fortifications. With the new feature, gamers can now improve their weapons and items found around the map. This will help them add new dynamics to the game.

Players can now craft their own chests instead of searching for them and wasting time. Over the course of the game, payers have found chests to be a great source of high-end weapons and items.

Gamers can find crafting materials all around the map and they can utilize NPCs to gather the required information. Upgrading the weapons early in the game certainly secures a decent loadout for a player before moving towards the center.

You May Also Like :  The Free Fire Quantic Unknown Elite Pass is now live: All the details here

With the new crafting mechanism, the west of Dirty Docks provides a good spot to collect mechanical parts to upgrade weapons. Players will find a scrapyard loaded with abandoned cars, which are ready to be stripped to the bone for parts. Weapons made with these parts have been found to be more precise than others.

The Island has grown wild and you’ll need every advantage that you can get to survive.

Learn the basics of crafting, create better weapons and come out on top.

Additionally, players can randomly win an iconic tier gun through the NPC stationed at this location.

To bring up the inventory, players need to click on the ‘I’ key and then select the crafting option to the right. Players have two options to upgrade their makeshift weapons in Fortnite Crafting Guide.

With the introduction of animals in the game, players can now collect animal bones to craft weapons after taking down the wild creatures. This is the primal way.

In the classic method, gamers can collect mechanical parts to upgrade weapons. This renders an old-school look and feel to their weapons.