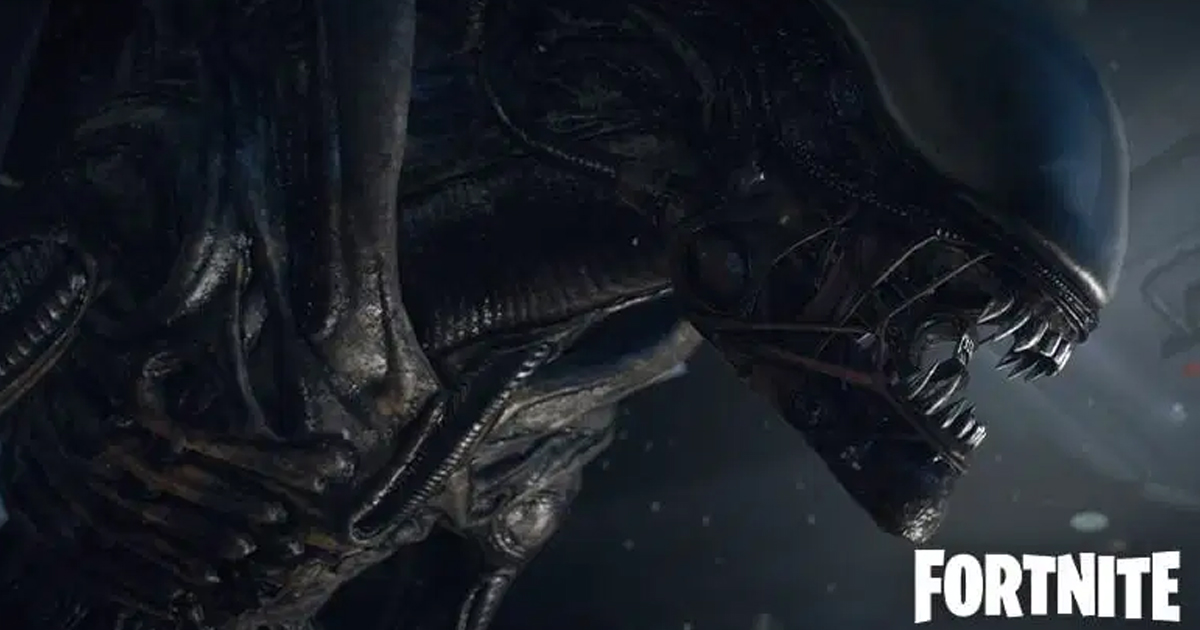 Fortnite might soon get a Xenomorph Skin from the Alien franchise priced under 2000 V-Bucks, as Season 5 of chapter 2 concludes

Fortnite fans can expect the Season 5 update of chapter 2 to be an ‘out of the world’ experience! Taking the crossover theme forward would be a Xenomorph Alien Skin from the Alien franchise.

The menacing Alien from the long-running franchise has been touted to be the next major character to burst into the battle royale. Various data miners and Fortnite fans had revealed this info through multiple leaks hinting at a new image and audio.

Initially gamers spotted a spaceship in Fortnite’s new portal akin to the Nostromo. Fans have spotted this spacecraft across different movies and games in the Alien franchise. Accompanying it were ferocious roars reminiscent of a monstrous creature currently under wraps.

It looks like Epic didn’t miss the Alien vs. Predator opportunityhttps://t.co/S1mlzkzW0a

With the Predator skin already existing in Fortnite’s item shop it is only a matter of time before fans could see an Alien vs. Predator themed battle materialize. Epic Games can also have something interesting up its sleeves as far as the alien is concerned.

You May Also Like :  Quick Settings to Improve Your FPS in Valorant?

How to get Fortnite Xenomorph skin

Currently there is no official confirmation from Epic as to when the Alien skin will be coming to Fortnite. However, chances are it will appear in the item shop for a limited period similar to other crossovers witnessed in this season.

Essentially it will boil down to how the developer wants to have this skin positioned in its scheme of things. The skin might cost anywhere between 1,200 to 2,000 V-bucks. More info is sure to unwrap soon.

Over the past few weeks, Fortnite has added many new character-themed skins to its Item shop and fans can expect a lot more action as 2021 unfolds.