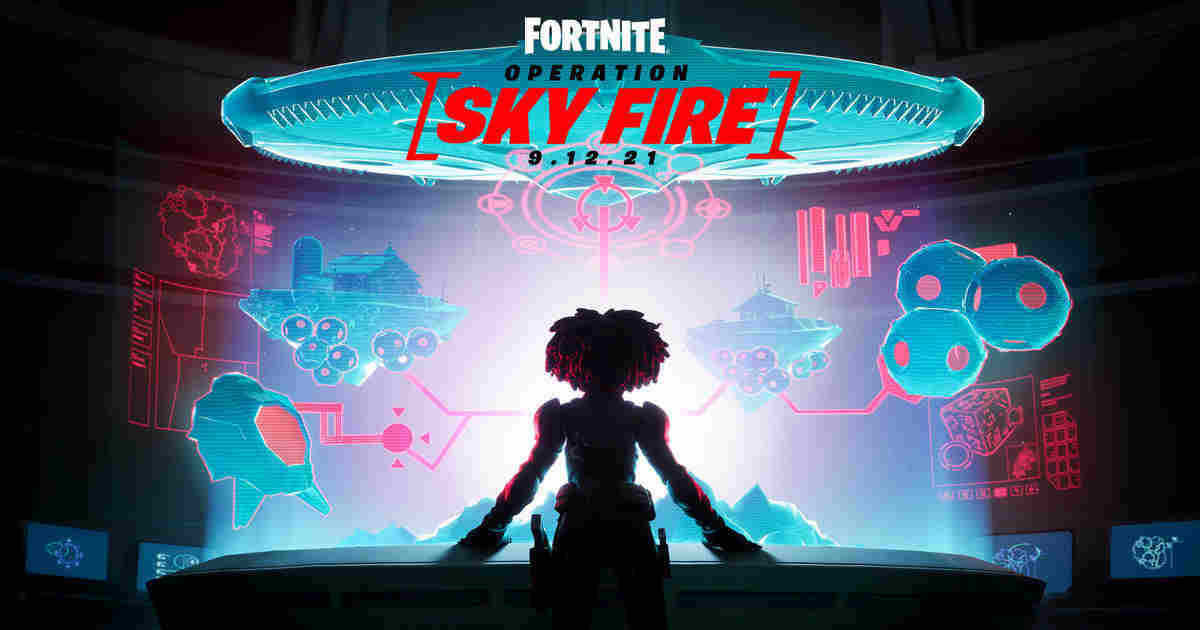 The Fortnite Operation Sky Fire event will arrive on September 12, drawing the curtains on Chapter 2 Season 7, with attractive rewards on offer

Fans of Fortnite are well aware that Chapter 2 Season 7 is nearing its end, and with it stops the alien invasion. To ensure a grand wrap up, Fortnite will launch the Operation: Sky Fire event on September 12 at 4 pm.

After the last update it’s certain that the Mothership’s sights set on the Imagined Order’s secret base at Corny Complex. With the new event arriving, players can join a strike team and sneak aboard the Mothership to deliver IO’s final message to the invading Aliens.

The Operation: Sky Fire event playlist will be available 30 minutes prior to start. Gamers can hop on and reserve their spot in the mission. They ideally should log in early and standby for go time. Interested players can join the event with a full ensemble of 16 friends.

There is an important tip for content creators and players looking to relive the moments of Operation: Sky Fire. Replays for the event will not be available.

They must take appropriate steps to record and archive their experience to share with everyone. For the added style quotient, gamers can wear a suitable disguise.

This event will be a grand affair. Hence Island residents and vending machines have heavily discounted their wares and services. Gamers can gather their Bars and spend them all before their stash resets in this season’s Bargain Bin Wild Week. This starts on September 9 at 10 am.

And there is help for players as they progress on their journey. A new Legendary Quest will reward them for offloading a cache of Bars with some final XP, to top off their Battle Pass.

As this season nears its end, gamers must complete their Superman’s Quests before September 12 at 4 pm. Superman’s special Glider, Pickaxe, and Shadow style are up for grabs. Quests outside the Battle Pass like those for LeBron James or Vox Hunter will carry over into the next season.

Regarding the Battle Pass, gamers can complete their remaining Epic Quests and exchange Battle Stars for the desired rewards. They must however ensure this before Operation: Sky Fire begins.

Players interested in grabbing their favourite Kymera styles and options, can collect and exchange them for the remaining Alien Artifacts.

The event will automatically redeem any unclaimed Battle Stars or Alien Artifacts at the end of Chapter 2 Season 7. Players will be eligible for rewards and styles starting with the earliest available unlocks.