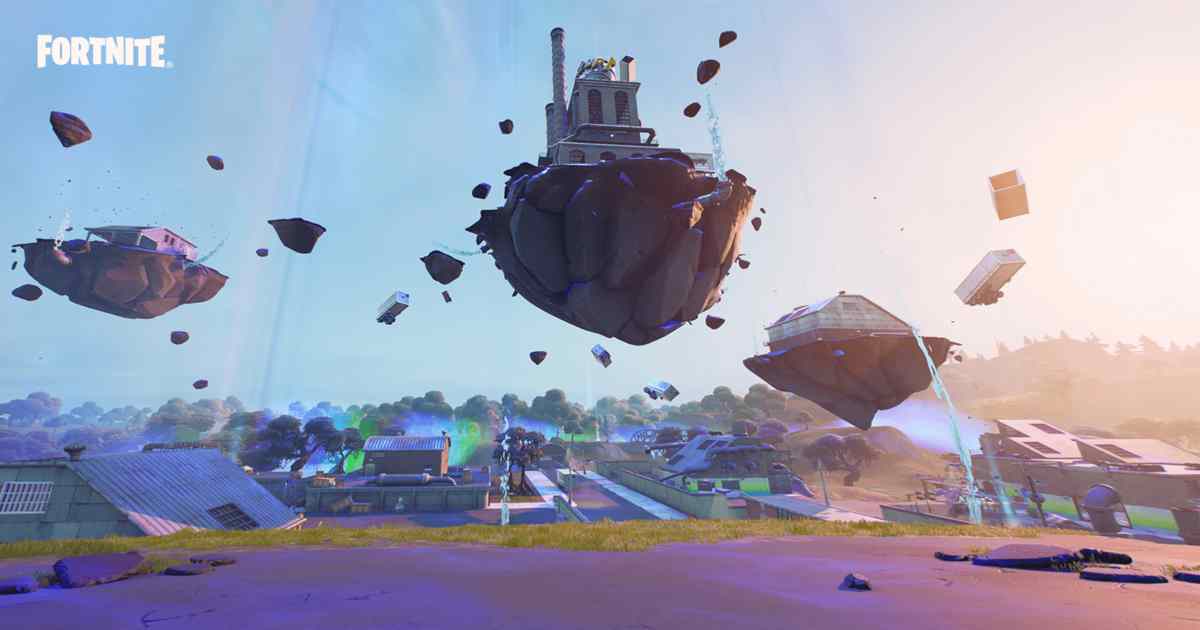 The latest patch update v17.30 in Fortnite has introduced a host of new additions and changes to the game. One of them is the Slurpy Swamp map, which is seeing major changes as Season 7 evolves, continuing the alien storyline.

Enhancements to Slurpy Swamp in Fortnite

A massive low gravity field now surrounds the iconic Slurp factory on the south side of the map. This enables players to hop, jump and spring around with ease.

Gamers can now find a giant tractor beam cast over Slurpy Swamp by the alien Mothership. The plan is to lift this industrial district in Fortnite for its abduction. Other named locations will gradually follow as the patch progresses. The Coral Castle and Corny Complex might also experience similar fate.

Result of Slurpy Swamp after being abducted! #Fortnite

Slurpy Swamp in Fortnite is breaking apart as a low gravity zone has started to engulf the entire area. When walking through, players can move around as if they were inside the mini-game after being abducted into the Mothership. They can jump around through the massive beam emitting from it.

You May Also Like :  Valorant Teases A Timeout Feature in Future Updates

Jumping is nearly doubled with low gravity effects. This significantly alters combat for those who can’t adapt to increased mobility. Apparently, the aliens plan on dismantling Slurpy Swamp completely before moving onto other named locations in their crosshairs.

The abduction phase for these POIs isn’t a one-time thing and will continue to distort impacted locations. Slurpy Swamp in Fortnite may break down even further as the game progresses.

Fortnite is accelerating towards the climax of the alien invasion with Season 8 just around the corner. Slurpy Swamp is just the beginning of the abduction. Fans can expect crazier map changes to follow soon, as Epic Games releases more updates.